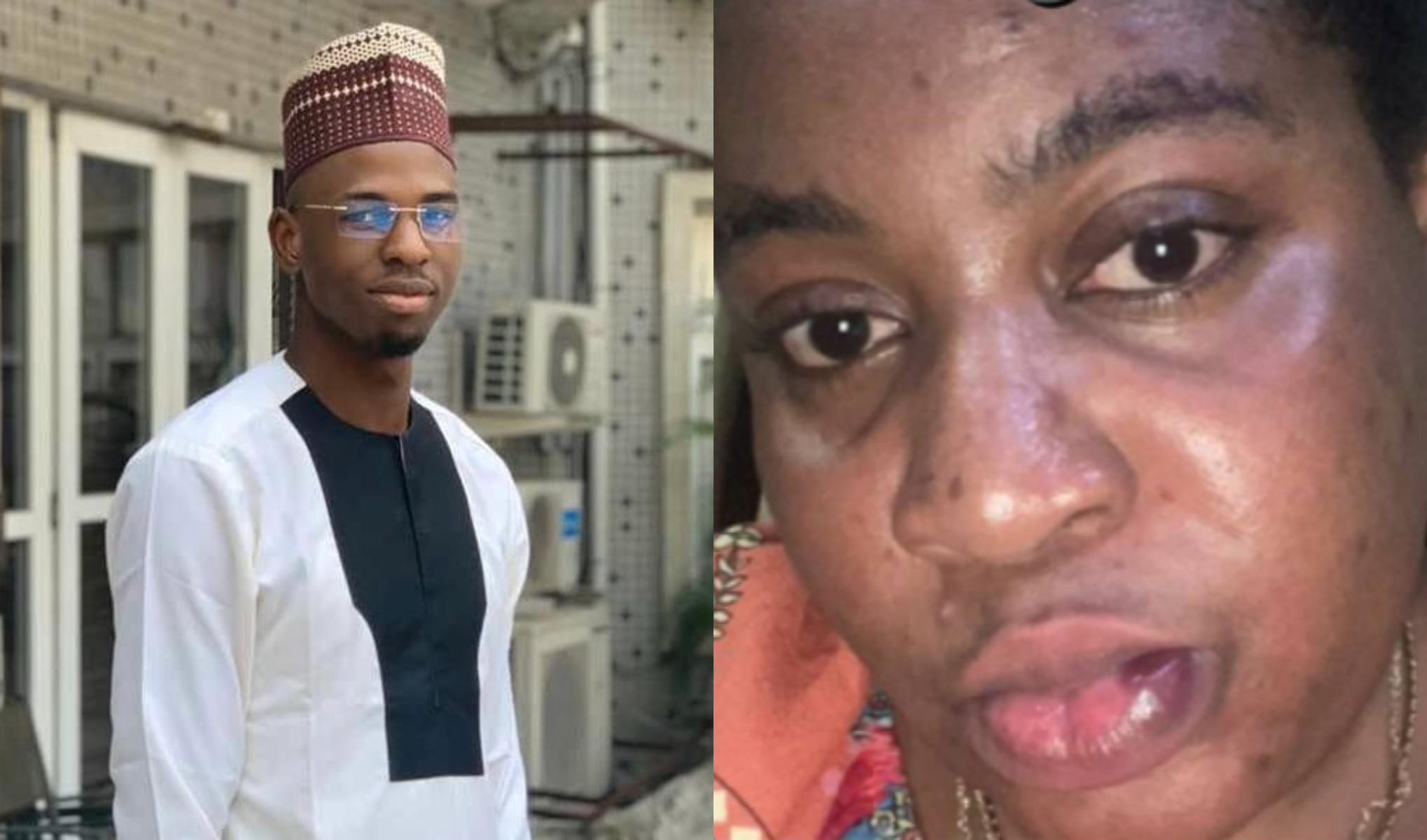 Dania Ebunoluwa, a lady, has accused her ex-boyfriend of allegedly “taking” their 11-month-old child, which she kept after he instructed her to abort the pregnancy.
Dr. Yolanda George-David, a well-known activist, heard Ebunoluwa’s heartbreaking story and has urged to Nigerians to assist her in obtaining justice. 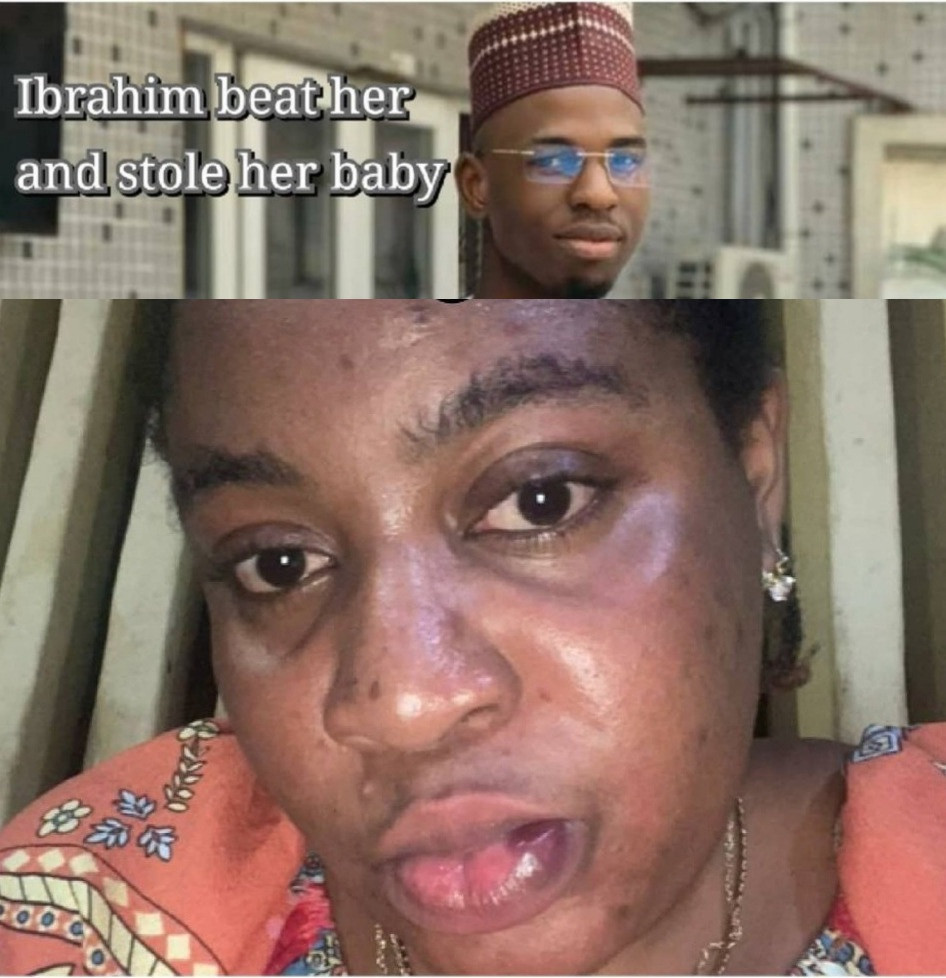 Her ex-lover, Ibrahim, allegedly lured her and her child to a posh restaurant, assaulted her until she passed out, and then forcibly removed her child from her.

Read; Man allegedly killed by Ex-girlfriend one week to his wedding

Nursing mother cries out after her husband used her br3ast… 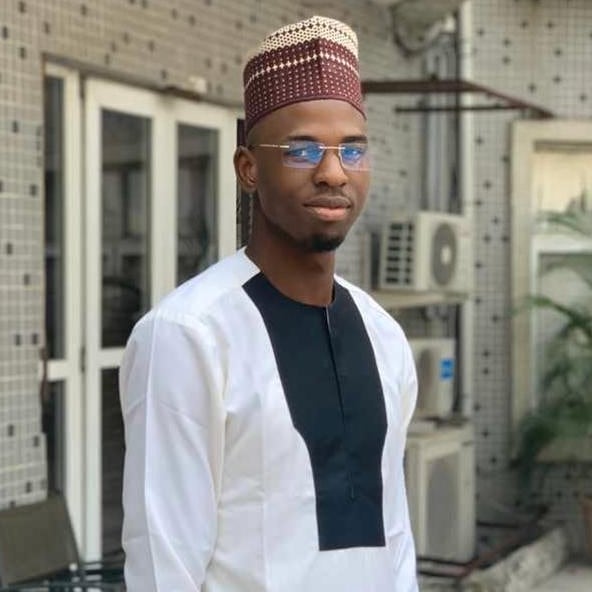 She said the case has already been reported to the police but she claims the police are on his side because he has “millions to spend on them”.

Read her full story below,

“I am dania ebunoluwa, a graduate of EKITI STATE UNIVERSITY and also a young business owner. I met Ibrahim Oladipo in 2018 which he asked me out on dating him and I agreed. On the long run I got pregnant and I told him and his mother but they didn’t accept the child and asked me to abort the baby.

So On the long run while I was pregnant I met mr Lekan and I told him that I was pregnant and he accepted and he did introduction. After 5months of giving birth to the baby girl called DAVINA, Ibrahim oladipo insisted on carrying out a DNA which came out positive. Before and after the birth of the baby my family which is my father, mum and fiancé took all responsibilities of the child. They paid all necessary bills and took perfect care of her.

While my father who is a retired commander in the navy was planning my wedding with my fiancé which was suppose to hold on the 4th of may 2020, Ibrahim came to our house to show interest in getting married to me, he insisted that I was the one he wanted to marry me, so my dad had to put the wedding with the my fiance on hold. My dad asked him to come with his family to collect the engagement list. He didn’t come back for the list but after 2 months he called my Both parents he wasn’t interested in the marriage because we are not compatible ,which is not even true , the main reason why he ended the relationship with me was because he has impregnated another lady .

After all this happened on the 16th of May 2020 Ibrahim oladipo tricked me over to a restaurant called king fisher located in LEKKI phase 1, he was there in the company of some lady who pretended to an event planner, after some minutes he assaulted, humiliated and beat me to stupor which I acquired a severe injury on my face and I fainted , he assaulted me and took my 11 months old baby and ran away , after I woke up from fainting I discovered that he has kidnapped my baby and ran away.

For good 2 weeks I didn’t set my eyes on her. Not until on the 2nd of June where the Ikeja police command invited us and they handed a 11 months old baby the Ibrahim . I’m so scared and worried that Ibrahim has my child for fetish purposes .

When I saw my daughter on the 2nd on June in the police premises, my heart was bleeding because my daughter isn’t in a good state she has been treated badly All efforts to know where the location of my baby was proved abortive hence I came to gender unit at SCID Panti to assist me on retrieving my baby back . While I was waiting for progress on the case, I honored the invitation of the Police at Ikeja command where I saw my baby for the first time in two weeks I saw the baby in a bad state , I tried to hold and touch my baby then a fight ensued between us.

The OC gender in police headquarters CSP Gladys Faniyitayo refused to give me audience and she threw all of us out including my parents. my father tried to introduce himself and she shunned him. My mum tried to beg and appeal with her but she threw her out of her office. I don’t understand why my baby who was stolen from me by the father who is a student and doesn’t have a clear source of income.. was given to the same man by ASP Bimbo of Gender Unit, Police State Headquarters Ikeja without allowing me to tell my side of the story.

The entire Gender unit team at the police headquarters seemed to be acting a script written by Ibrahim. My father a Retired senior officer in the Navy and my mother were present Right now I’m worried because of how she was looking emaciated and unkept , I’m begging CSP Gladys Faniyitayo to help recover my child and keep her safe before my daughter is used for ritual purpose . My baby who is breastfeeding was stolen from me by Ibrahim oladipupo after assaulting me in public two weeks ago, has now been handed over to the same Ibrahim who assaulted me.”

See the posts below, 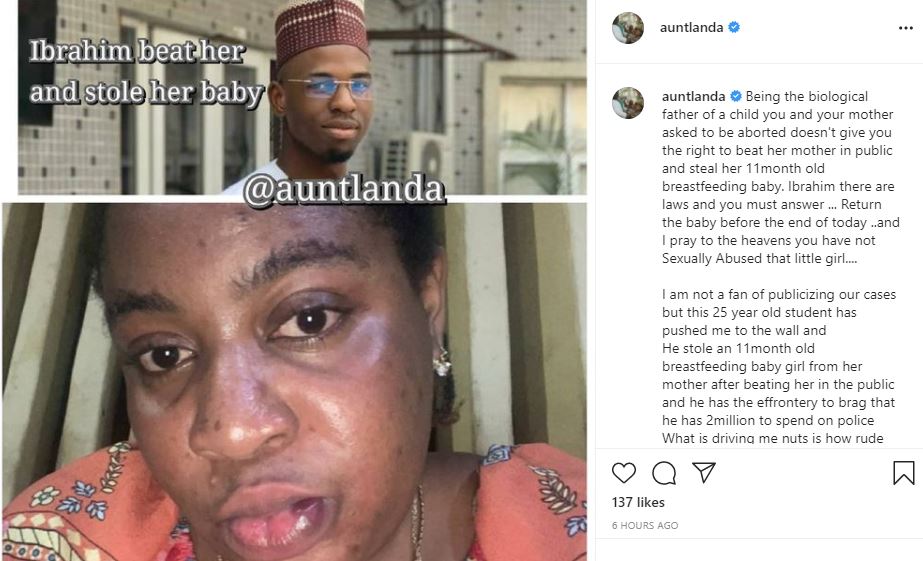 Laura Ikeji returns to surgeon to get her nose done again

Singer, Mayorkun preaches on the importance of saving as a youth