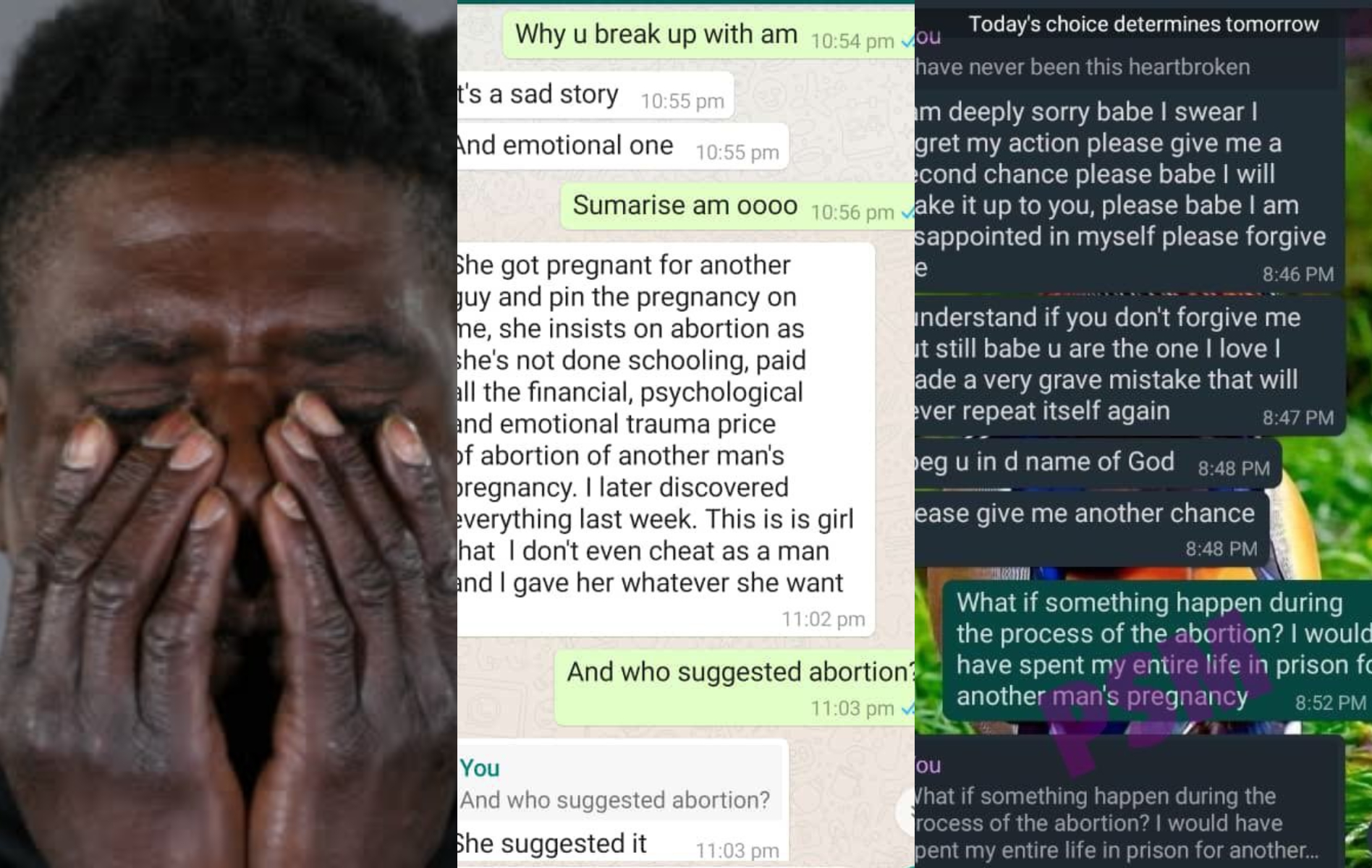 An enraged man has revealed how his girlfriend duped him into paying for an abortion she had, only to discover the kid she aborted wasn’t his.

He said that his girlfriend became pregnant and blamed it on him; she insisted on an abortion because she was still studying; the man who believed he was the child’s father said that he covered all the bills, both financial and otherwise.

Read; Pastor on the run after AAU student he impregnated dies of complications after abortion

He encouraged partners to always check each other’s phones to monitor their daily activities, as he claimed his girlfriend had been cheating on him for a long time but he didn’t notice because he was preoccupied with work and paid less attention to such things.

Read on for his story: 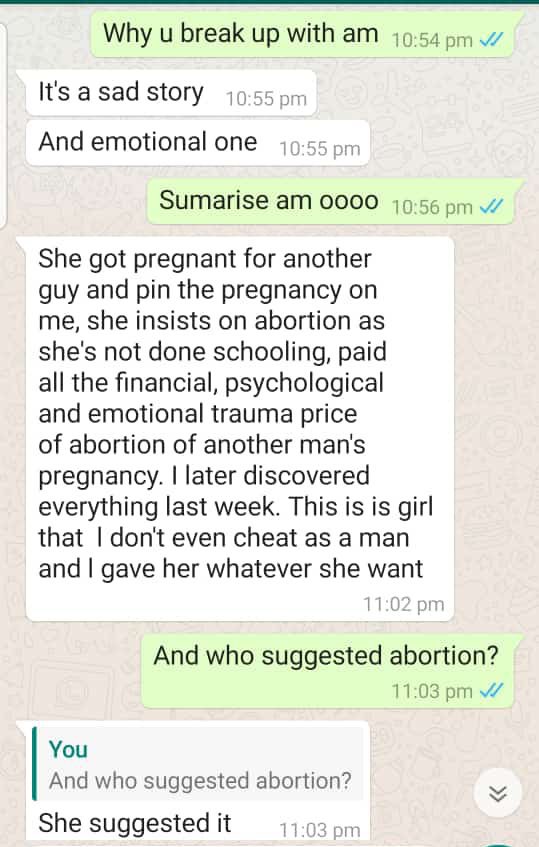 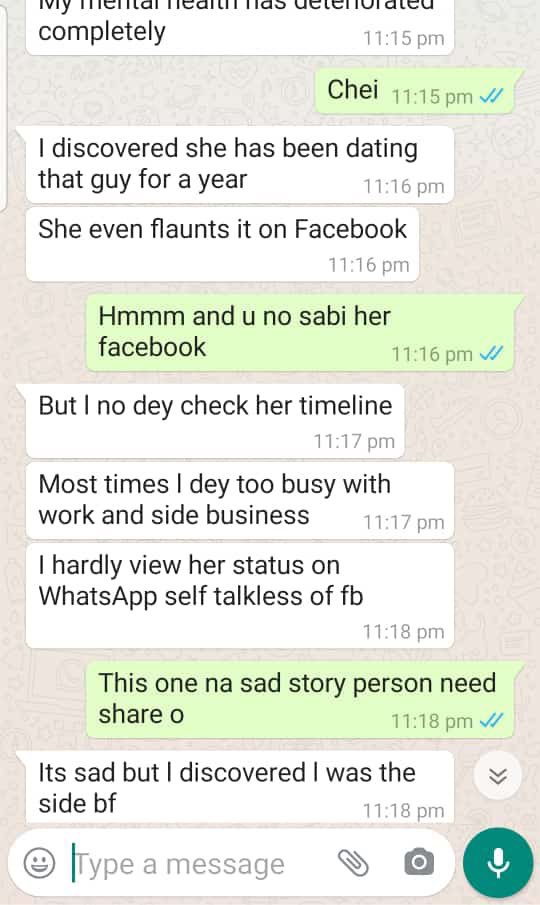 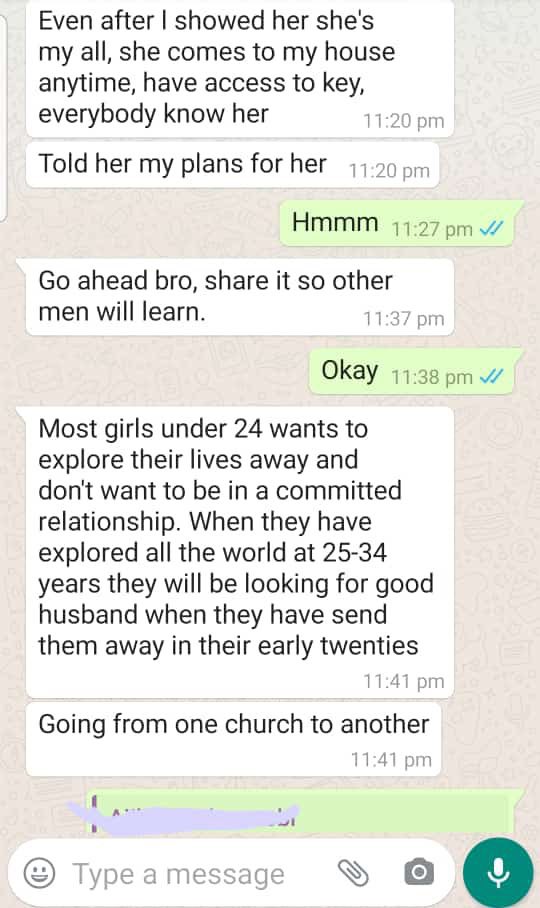 See conversation between him and his wife; 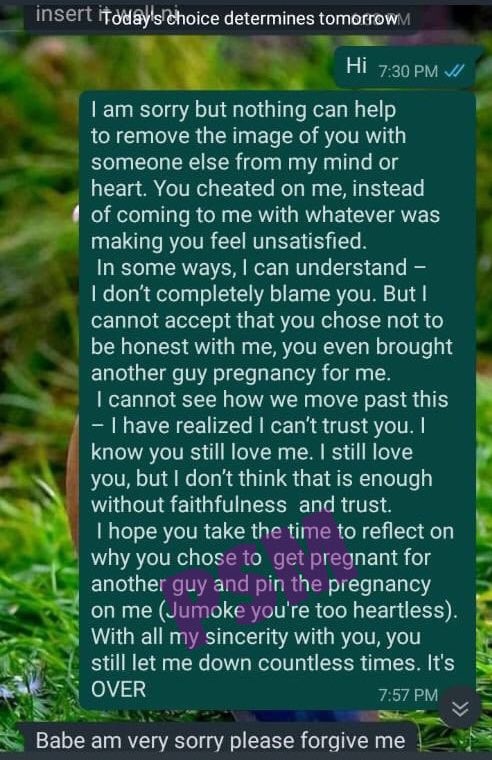 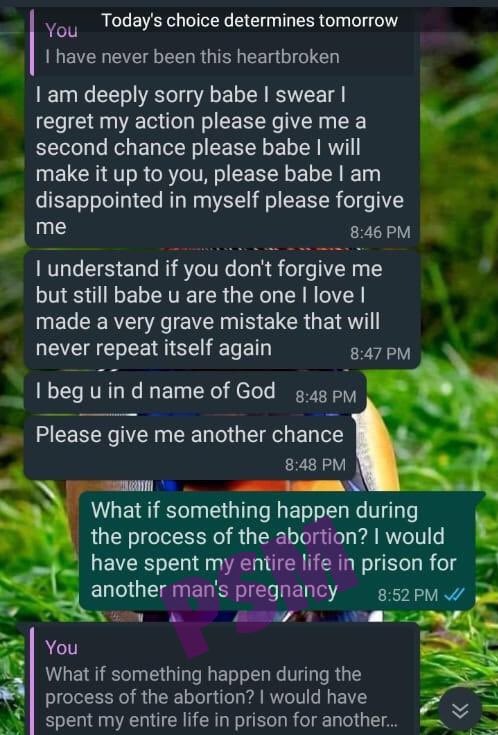 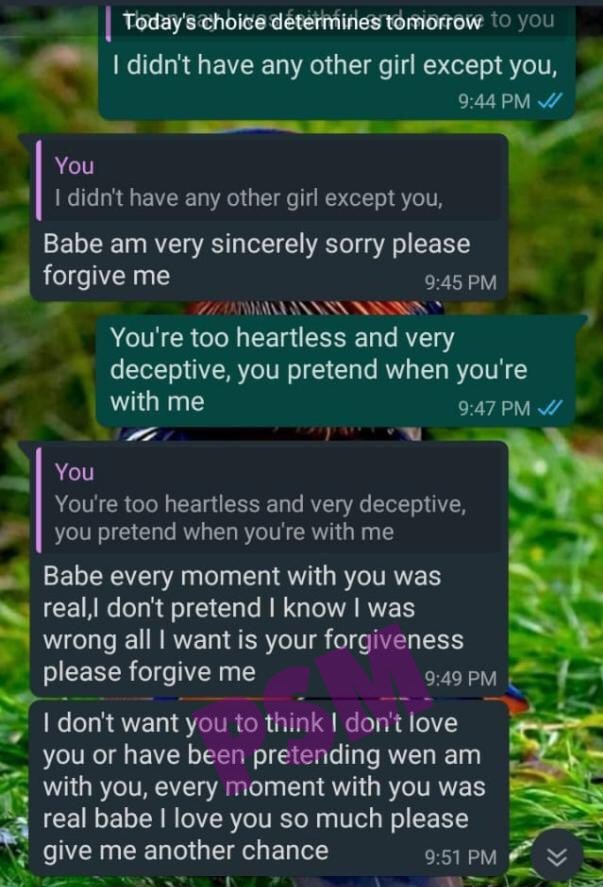 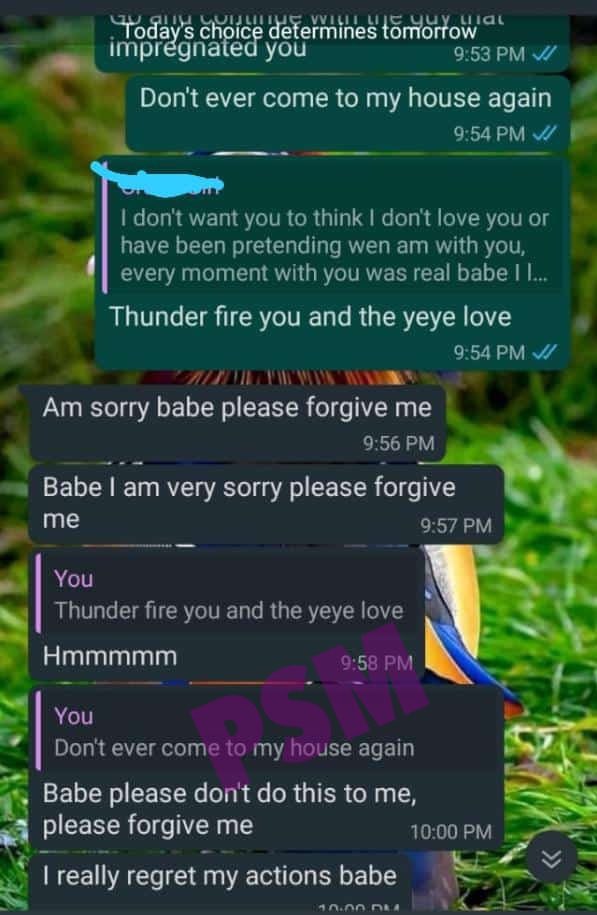