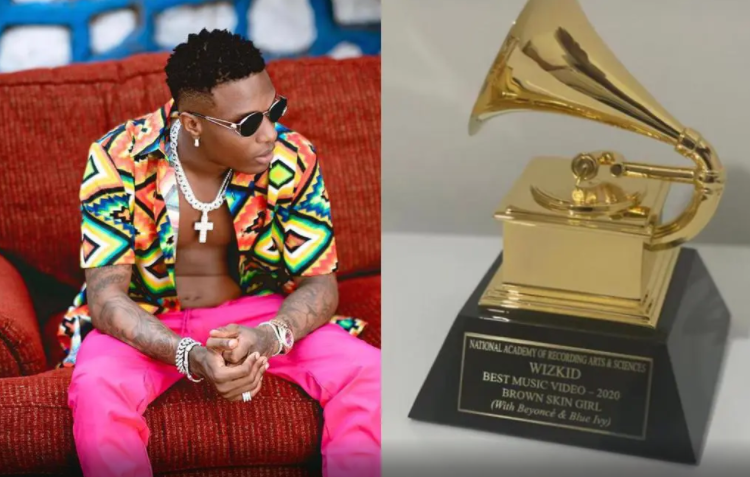 Mixed reactions have been generated on social media following the news that sensational singer, Wizkid has received his Grammy Awards plaque.

Recall that Wizkid in the year 2020 won a Grammy award with the song he was featured titled “Brown Skin Girl” by Beyonce and Blue Ivy.

Since then, the plaque has just been delivered to the Joro crooner and this comes a few days after Burna Boy got his own.

The father of three took to his Insta story on Instagram to share a photo of the plaque.

See some of the comments this generated below;

@laveev_8 wrote “So he got a Grammy after all, now all the naysayers and arguments can stop. Congrats BigWiz.”

@gbemileke4 wrote “Naija made . Na, when burna own reach dem find who to duplicate, am for wizzy”

@humphreykinging wrote “When you know how to succeed quietly”

‘These things will come back to hunt you’ – Singer, Orezi warns BBNaija Dorathy, Ka3na