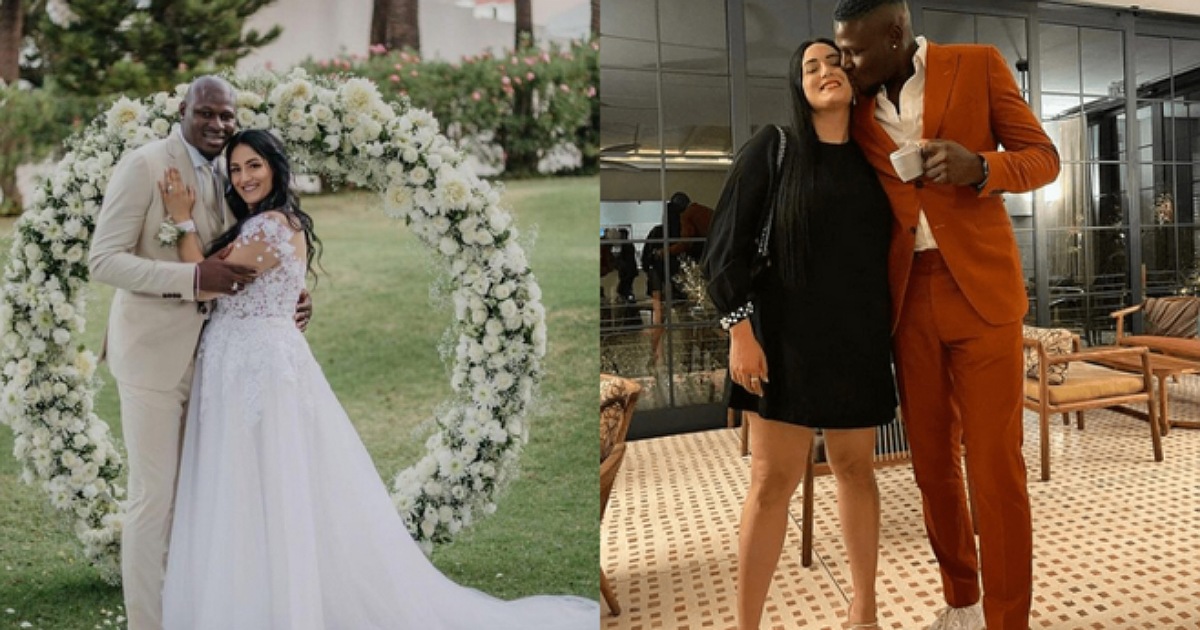 Following the introduction of Niyi as one of the housemates to contend in this year’s edition of Big Brother Naija, photos of him and his wife has sprung up on social media.

All male housemates numbering 11 of them were unveiled at the first part of the opening ceremony on Saturday, July 24, and we are looking forward to see the ladies who will join the guys in the how to vie for the ultimate prize as winner of BBNaija season 6.

Niyi, a former basketballer from Oyo State was introduced as the six housemates and according to him he had to dump basketball and end his dreams of becoming an NBA star due to an injury he suffered on the leg

He revealed that he is happily married to a beautiful wife, with a son but he intends to tell his fellow housemates he is single.

A Twitter user known as Shawnifee dug out photos of Niyi to prove the dude is enjoying a happy married life.