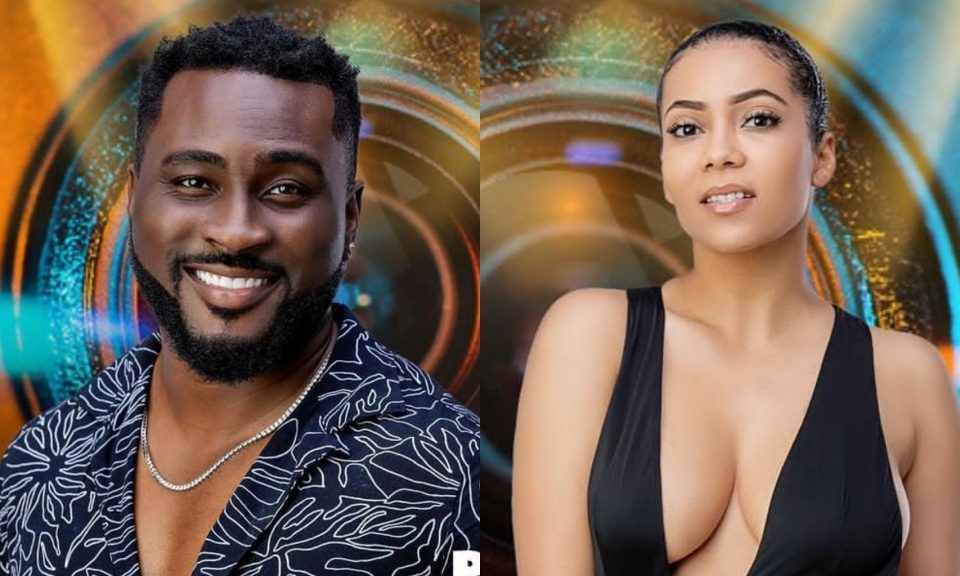 Social media users have reacted differently following the revelation that Maria and Pere are the two wild cards (Fake housemates) in the ongoing Big Brother Naija 2021.

But if they don’t guess right, they will be left to join the competition and will have automatic immunity the following week.

It was, however, disclosed during the diary session that Maria and Pere are the wild cards (Fake housemates).

This new revelation has gagged Nigerians and many have taken to social media to react.

@Fauzy wrote, “I thought it was liquorose and boma coz they were already popular before the house”

@Auchills wrote, “I wasnt surprise for pere , he once spoke about obi cubana mum burial but maria I shock ooo”

@Ayobami Imaboya wrote, “I can’t imagine MARIA could be one of the wild card though she made me suspect PERE, the funny thing is the two don’t know each other”