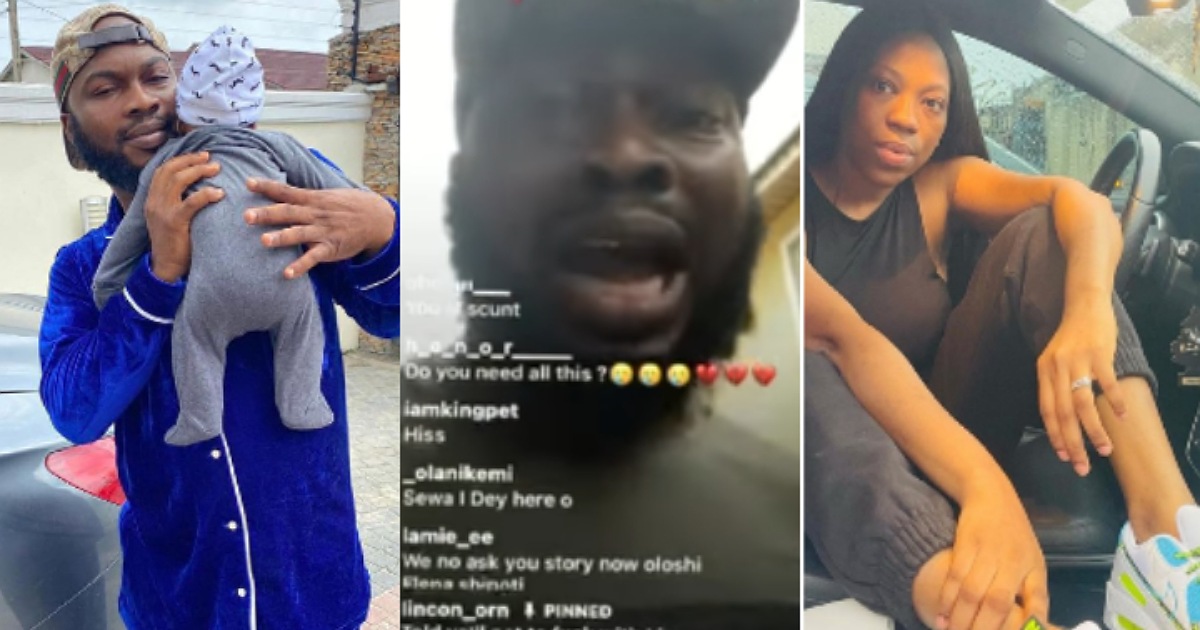 Video Vixen, Bolanle, who featured in singer, Zlatan Ibile‘s Pepper Dem video, has been chased out of her matrimonial home by her husband.

Her husband, Abiodun Lincon, who shares a son with her, claimed Bolanle was violent and destructive.

He shared videos of the alleged damage she did to their home and to his personal belongings. He went on to call her and her family out.

“My husband cheated on me with my best friend” – Dancer…

He wrote: “You a baby mama did that shit for clout. Marriage is not for you Bolanle come and be going to your mother house.”

He added: “A nigga put you under his roof you don’t appreciate. If it’s easy, why your father run and left your momma? You bitches don’t think before you misbehave. You will learn from Lincon.”