Happy birthday my love – Nengi celebrates husband on his birthday 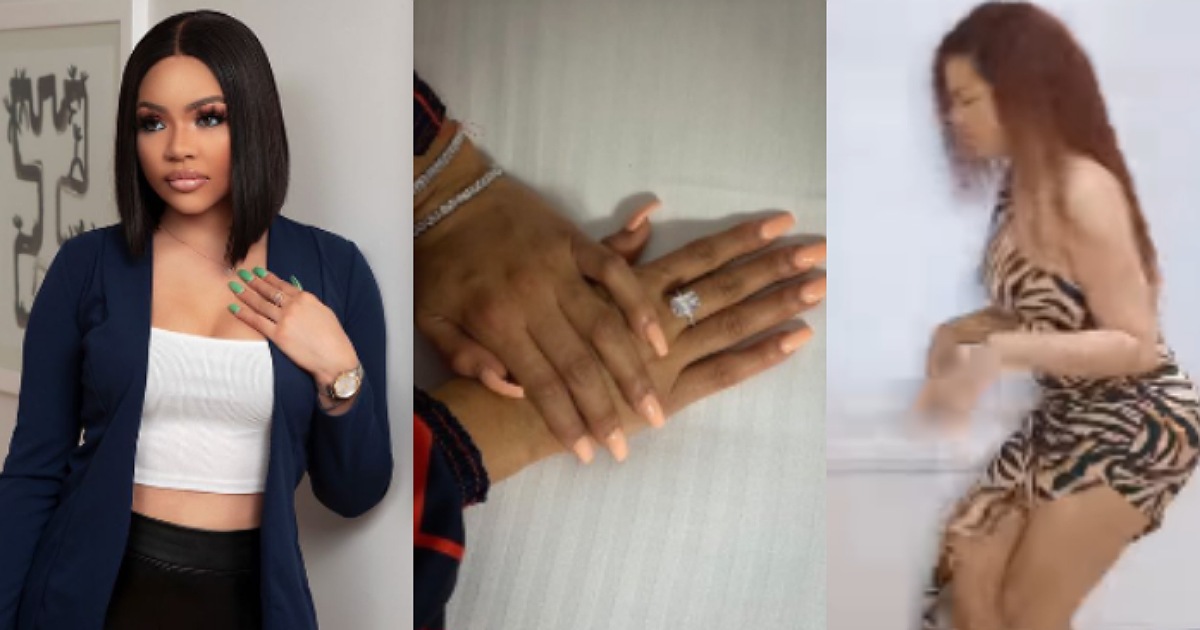 Former Big Brother Naija housemate and finalist, Nengi Hampson has caused and uproar on Twitter after she celebrated her “hubby”.

The beautiful ex housemate took to her Twitter page to send out a heartfelt birthday message to a young man who she referred to as her “hubby”.

The young man identified as “emperor cruzz” on Twitter is well known for hyping the reality star and singing her praises all over Twitter.

Nengi, a finalist of the BBNaija lockdown show, recently disclosed why she associated more with the male folks in the Big Brother house.

According to her, she was judged a lot by her fellow female housemates, who believed she was fighting to get the attention of all the guys in the house. 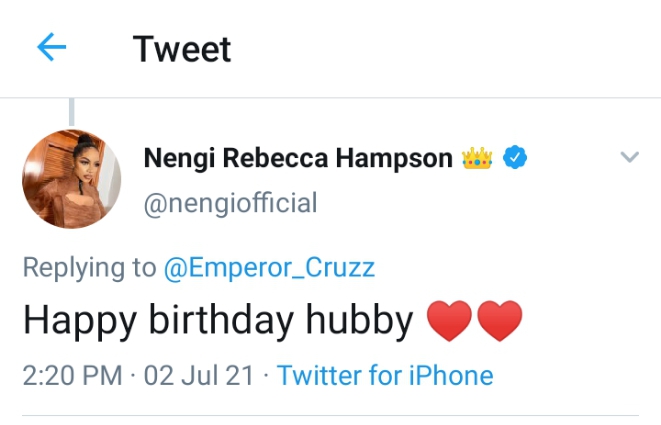 Nengi’s hubby reacts after Nengi celebrated him on his birthday