“He is proud, Talks Anyhow’ – Nigerians comment as Bishop Oyedepo Reacts To Pastors Lamenting After Being Sacked 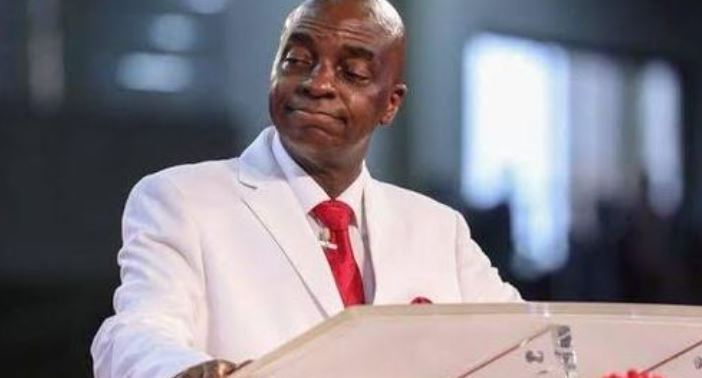 Social media users seem shocked by the reaction of Bishop Oyedepo, General Overseer of the Living Faith Church Worldwide, also known as Winner’s Chapel to the lamentations of the pastors sacked from the church.

Recall that a pastor who got himself sacked from the church took to the media to reveal the reason for the termination of his tenure at the church. Reports suggested that the pastor together with others were generating income lower than expected so needed to be sacked by the management of the church.

Well, addressing the issue at a church service, Bishop Oyedepo explained that the pastors were fired from their post as pastors of Winners Chapel because they were blatant failures and fruitless. According to him, those pastors who were sacked deserved nothing less than a termination of their tenure because they couldn’t produce enough for the branches they headed.

Taking to the comment section, Nigerians expressed their various reactions. Many people felt surprised by the clergyman’s utterances while others got extremely furious at it. Ghgossip gathered a few reactions below;

So he just confirmed to us that being a pastor is a work that you get employed to do and can be sacked too.

If they’re blatant failure, you can use your God given power to deliver them. The souls you’re sourcing for to fill up the church are they truly saved? It’s not about the numbers it’s about heaven rejoicing on the one’s that are truly saved.

This man, pride has engulfed him so much. He talks anyhow, he acts anyhow. Godliness is no longer in him

Did I just hear him say unfruitful?? Ohh ….No!! That person you called unfruitful has been declared blessed from birth!!! You not God!!! Let’s be careful with what we say to others….

I am a member of the church but this is total nonsense…. Trash of words Did the bible ask you to generate income into the house of the LORD or win souls … Rubbish