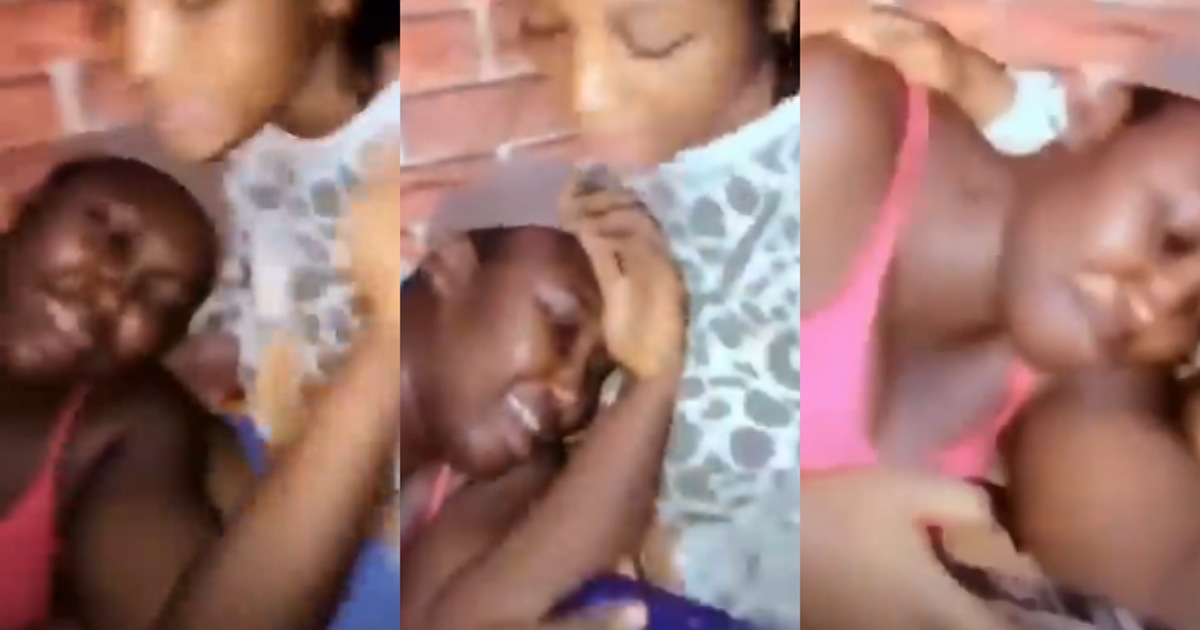 A video making the rounds on social media has captured the moment a lady broke down in tears after her boyfriend ended their relationship of 7 years.

According to the lady, she has been dating the guy for seven years, but he decided to quit the relationship after she visited Oba against his will.

In a phone conversation between the lovers, the boyfriend complained bitterly about how he felt somehow about the lady visiting Oba.

He said he was not comfortable with it and he never expected her to travel all the way to Oba for a burial she wasn’t invited to.

He further broke up with her and the lady couldn’t control her emotions as she burst into tears.