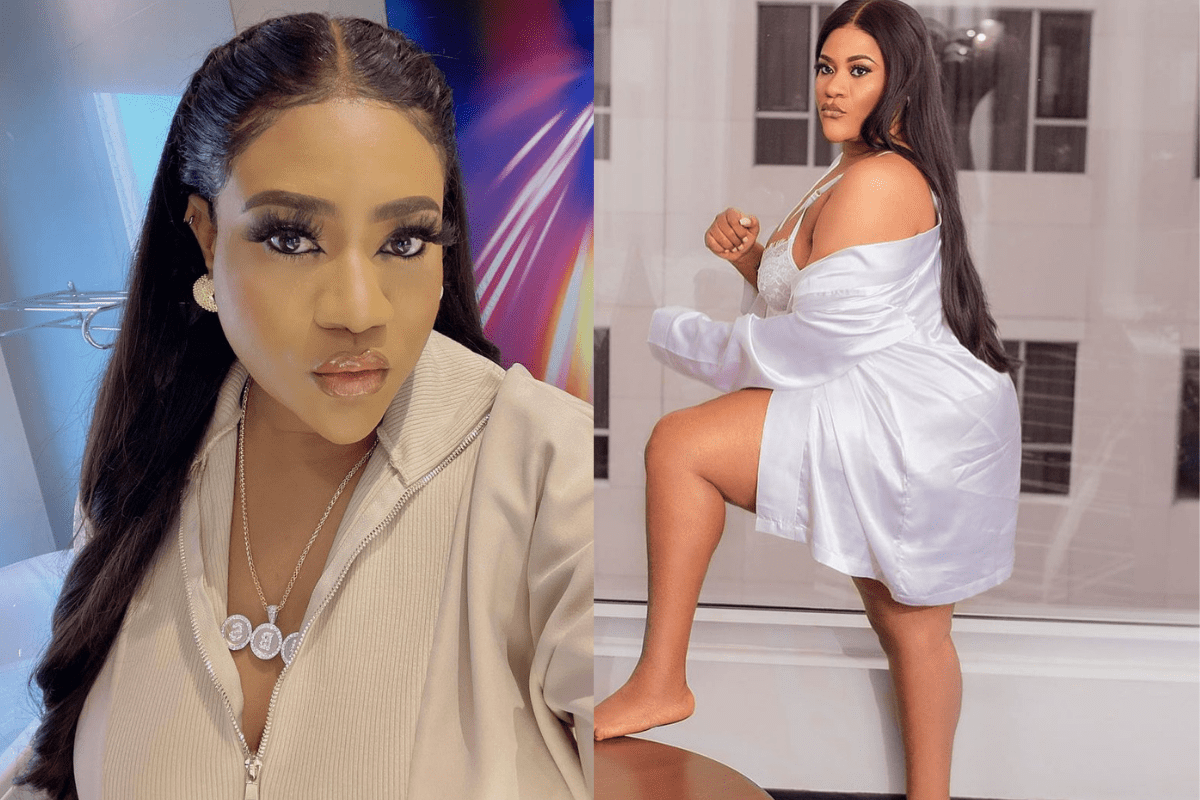 An Instagram hair vendor has called out Nollywood actress, Nkechi Blessing over an N100k debt.

According to blogger, Gistlover, the hair vendor reported Nkechi after she refused to refund the money she was paid as agreed.

In a series of screenshots of Nkechi‘s chats with the hair vendor, the actress kept giving flimsy excuses and at the end of the pay paid N900k instead of the N1M.

Hello tueh tueh,Opeyemi abi wetin be your name,warn your Oloriburuku wife,since wey she no get shame,Na everybody for her family go help her pay the remaining money, since all of Una wan m*d together, Abi Na me say make you dey follow broke politician abi toyboy up and down,Ope warn your pin kaarile wife(Sourvenir)warn her,make both of Una no jam agbako.

How will she collect 1m from my vendor,you didn’t influence for the vendor,Nkechi went ahead to sign with another hair brand, without influencing for the person who paid her first, now the lady is asking for a refund, you are giving her different stories, how can you be so greedy and at the same Razz, how??Na from different story to another, Fake life don kee all of Una finish.

Getting cars on credit to oppress people,first you said you forgot your token for lekki, fast forward to another week,you are talking about ajo(contribution)Na she help you do contribution ni,she paid to promote her business not some usel**s ajo,abi he no wan better for all of una wey do the ajo ni,abi motor wan jam all of Una together ni?

After the dragging in your Dm you finally paid 900k out of the 1m paid to you, claiming you mentioned her handle on your page sometimes back and she gained followers so you are charging her 100k for that, better refund that 100k before we drag ourselves for gutter, be like them swear for you,look me well,I no be TAMPAN,Ogun loma pa eh Nkechi,Refund her money,it’s her sweat,you blocked her everywhere,who does that?Who?To all Business Owners.

Stop using all these influencers and actresses,Na Werey full their body,Na olosho dem sabi do well,stop giving them your money,some of them won’t bring you clients still insult you ontop your money,I am tired of settling fights up and down,stop using Yeyebrities for your influencers.

BBNaija host, Ebuka’s wife eulogizes him on his birthday