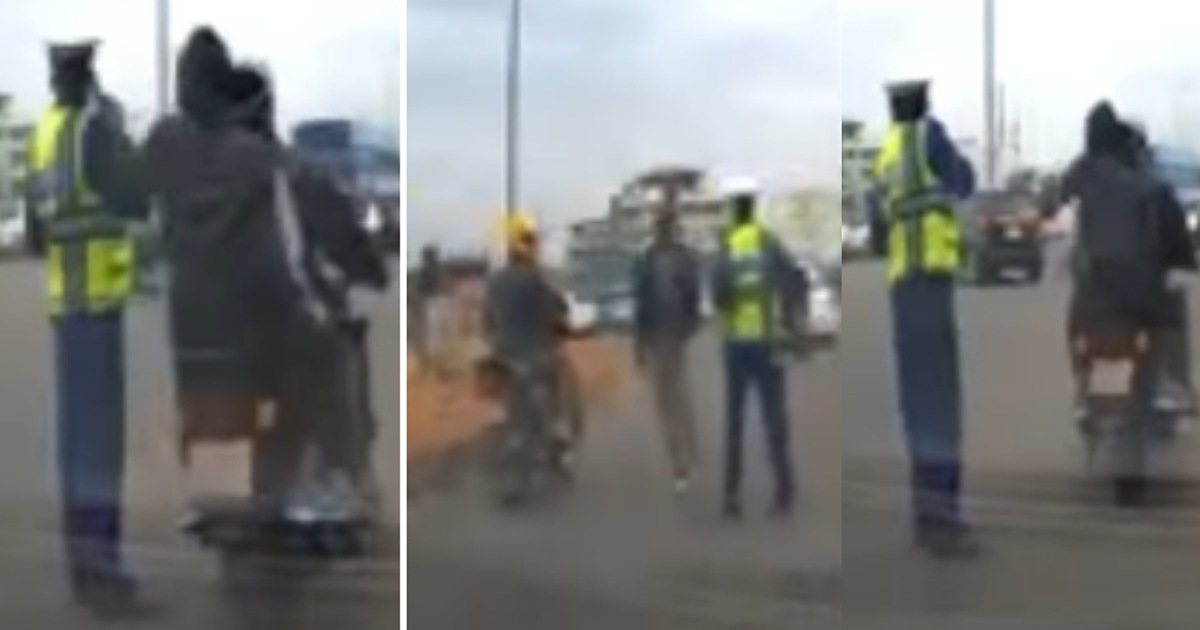 A video which surfaced the internet has captured the moment a police officer on duty lost his phone to a thief on a bike.

In the viral video, the officer was spotted making a phone call when the thief who was on a bike moved closer to him and snatched his phone from his hand.

After losing his phone, the officer obviously looked so surprised and shocked as he wondered if it really happened before his eyes.

Ini Edo 20Years On Stage: Rare story of how she was banned from Nollywood for dressing indecently