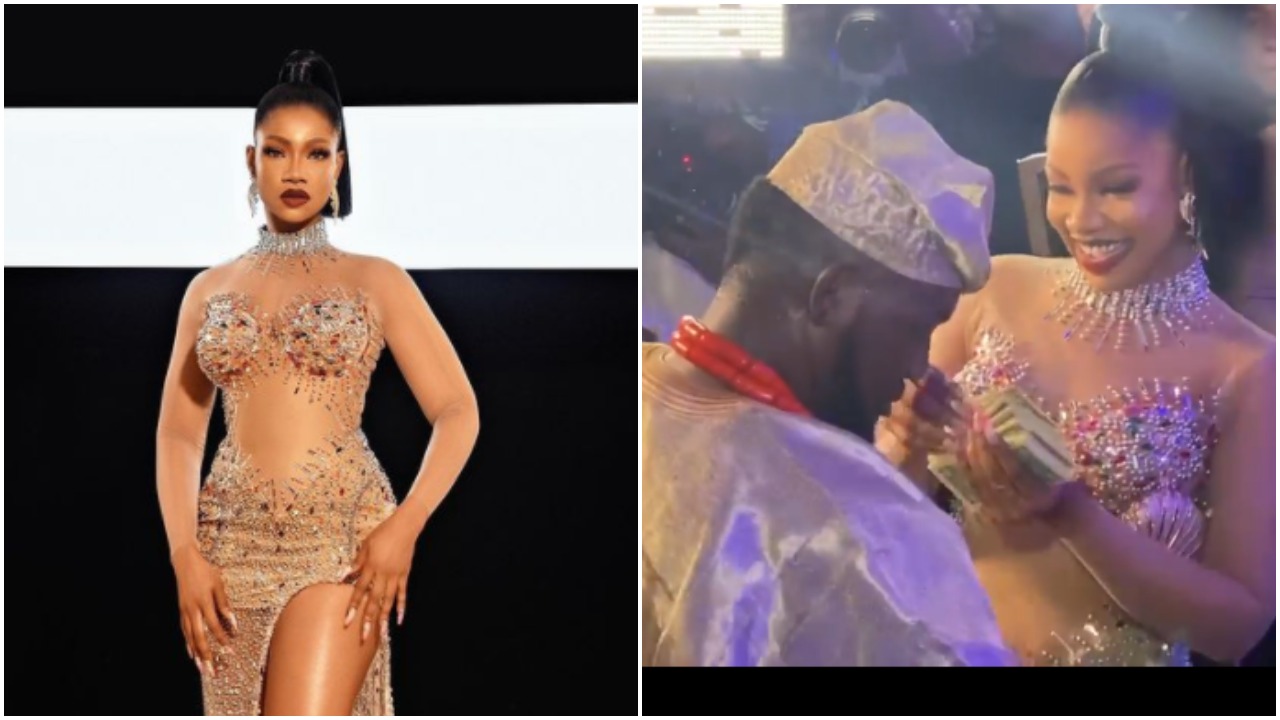 Some fans and critics of BBNaija ex-housemate, Tacha have reacted to a video of her spraying AY comedian dollars at his 50th birthday party.

In the video which is presently going viral on social media, the reality star was spotted spraying dollars on him amidst distinguished guests.

This video has generated lots of comments on social media and while Tacha’s fans hailed her, her critics decided to mock her.

According to Tacha‘s critics, she is trying too hard to be like Mercy.

See how social media users reacted to the video below;

@hindscouture wrote “Tacha and dollars 5&6… I remembered when Tacha left the house and ay’s mom prayed for her… I knew they loved her so much.. do ur thing girl”

@immacabella wrote “Ay deserves pounds self ….despite the celebrity hatred she received Ay refused to join her colleague in hating but support or help her out! A real GEE”