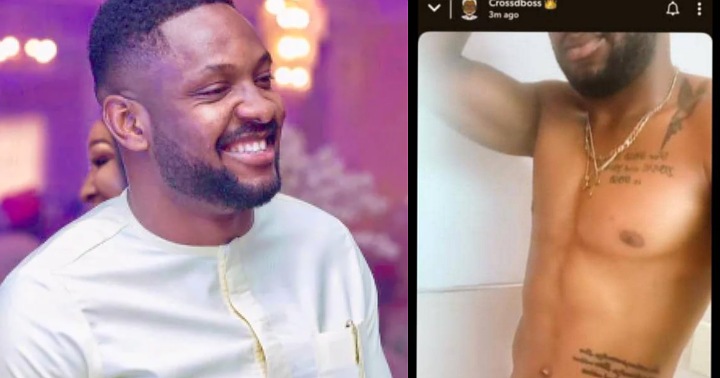 Former Big Brother Naija housemate, Cross has been the topic of discussion since today, after he shared his full nude video.

The Reality TV star shared the video some moments ago which had the inscription “Shower Time”.

In the video making the rounds on social media, his tattoos and manhood were all in full display. The video has however been deleted.

This is coming shortly after Tiwa Savage got herself entangled in a sxx tape saga with her yet-to-be disclosed boyfriend.

Tiwa Savage claimed that a blackmailer sent her the video and ask her to pay a huge sum of money, else the video will be released.

Tiwa however vowed never to release any money and moments later she stated her stand, the videos surfaced.