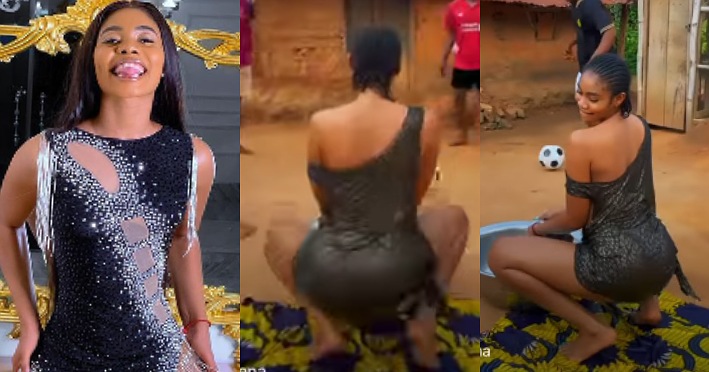 Recall, an audio recording went viral on social media where Prince Kpokpogri confessed to sleeping with Janemena on several occasions.

In the voicenote, Kpokpogri narrated how he sleeps with Janemena from morning till night and how she said her husband doesn’t satisfy her in bed like he does.

Kpokpogri reacts to reports of his ex-lover, Tonto Dikeh…

Following the viral audio, Nigerians dragged Janemena to filth for cheating on her husband. Some also channeled their anger to Tonto Dikeh for starting the entire saga.

Recall, Tonto Dikeh was the one who stated publicly that Janemena has been sleeping with Kpokpogri who has her tapes in his custody

Janemena has now shared a video of herself twerking on Instagram. Sharing the video, she showered praises on herself, saying God rested before creating her.