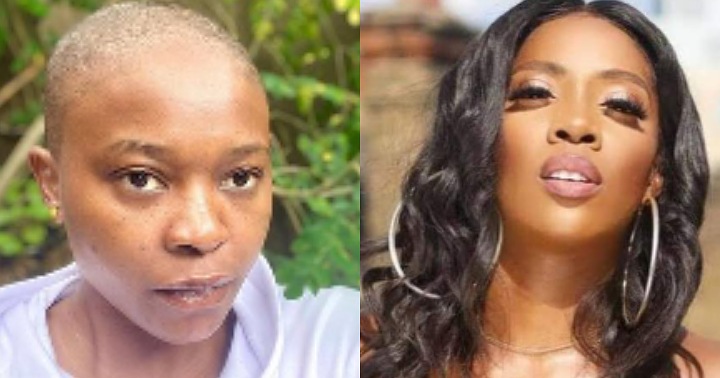 A Nigerian actress identified as Chioma Grace Ifemeludike has lambasted those hailing Tiwa Savage following the release of her tape.

The actress condemned the hypocrisy of celebrities in Nigeria, stating that if it was one regular female in Nigeria, they would have dragged her to filth.

She also claimed that the reason why politicians are getting away with crimes and pastors are not being held accountable, is due to hypocrisy.

Chioma and Davido get each other’s name tattooed on…

“Because it’s Tiwa Savage, everyone is hailing evil. If it’s one regular female in Nigeria, everyone will scream she is ‘cloutina’ or she is desperate.

This una hypocrisy is the reason so many polithieftians get away with crimes against humanity. So many men of God are not held accountable. So many celebrities don’t have s.en.se. Hypocrisy is worse than corruption”. 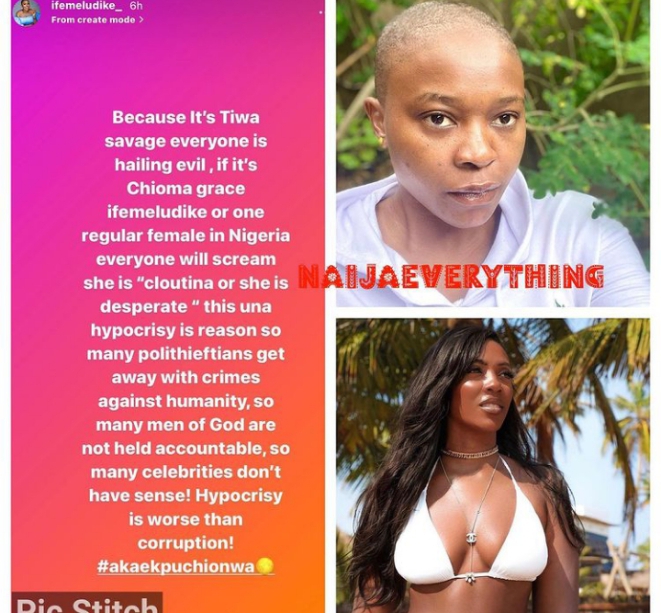