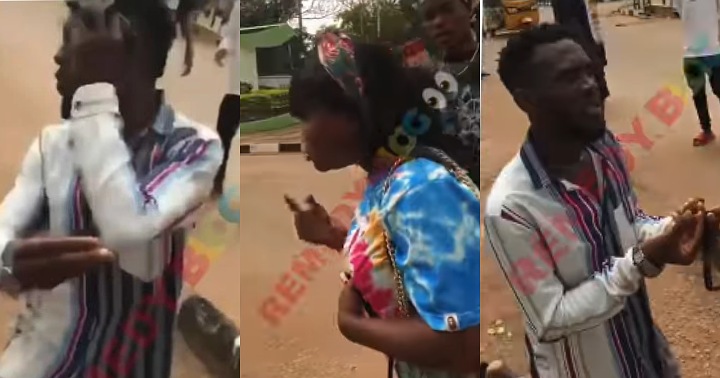 A video making the rounds on social media has captured the moment a man received a hot slap after trying to propose to a woman.

In the video, the man was spotted on his knees with a ring in his hand, hoping to get a positive response but the unimaginable happened.

The lady who wasn’t moved by the chants of excitement coming from the crowd, went ahead to hurl insults at the man while he was on his knees, and the climax of it all was when she landed him a thunderous slap.

However, Nigerians have criticized her for slapping him for proposing to her. According to them, she would have just said no or walked out instead.

Watch The Video Below:

“Don’t go about over doing good, the world is full of evil” – Tacha