OBO Fundraiser: The Long List Of Celebrities Who Have Donated To Davido’s N150m Social Media Donations 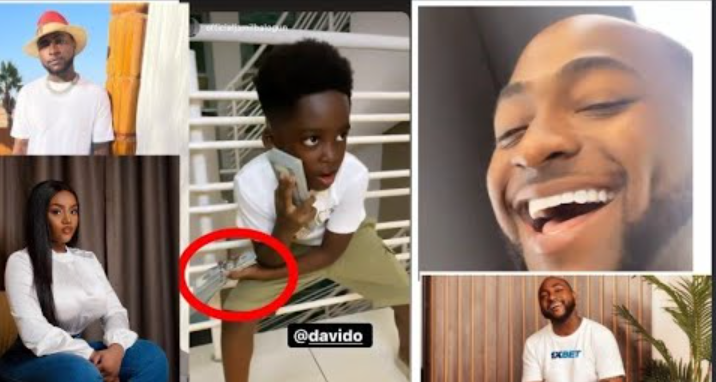 Nigerian global star, David “Davido” Adeleke has seized all social media charts following his call for those he has given hit songs to donate the sum of money benchmarked at N1m, a local conversion for $2000. What came off as a joke and social media cruise has raked in a whopping sum of $350,000 for the 30BG boss. Friends, fans and celebrities took turns to credit the local bank account the singer placed on his social media. 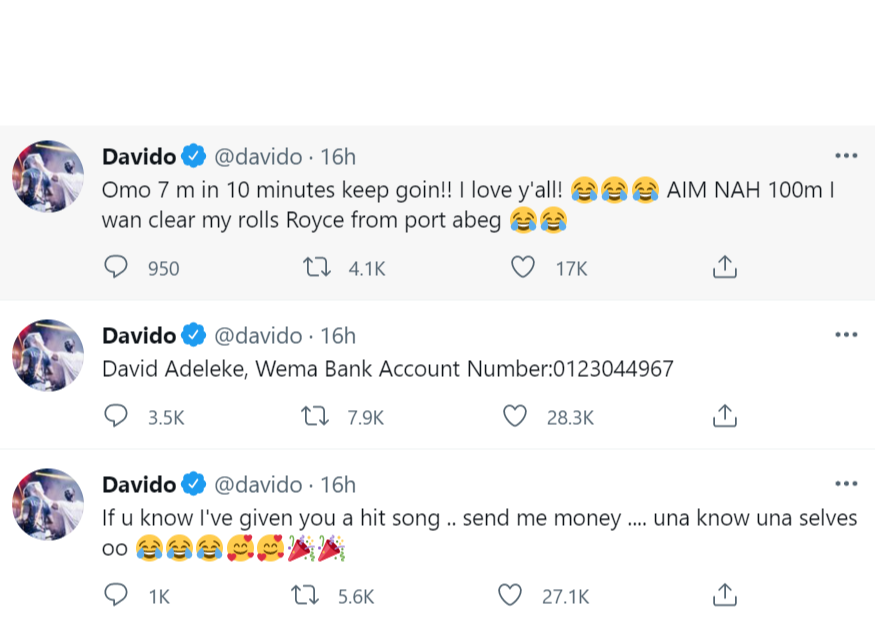 Davido whose birthday is in a few days took to his social media to call on his friends to send him money. To his utmost surprise, the sum of $16,000 (N7,000,000) was deposited within 10mins of him tweeting his bank account. Davido quickly raised the bar to $243k (N100,000,000) with hopes of using the funds to clear his Rolls Royces from the port. Nigeria must be taxing the rich heavily. Why should it cost the price of a luxury car to get it cleared? The Amerian-born Nigerian Singer surpassed his goal in minutes. He’s still going too, telling people that there’s no end in sight and encouraging them to continue sending him money.

Davido purchased a Rolls Royce worth N183M earlier in the year. The music star took to his Instagram page on Thursday, May 20, 2021, where he shared photos of his latest car. “We rise by lifting others but don’t forget to reward yourself!!!. Perhaps, a tad bit of selfishness in procuring the luxury whip made fans realize Davido is human after all. Davido’s acquaintances, fans, and celebrities alike are having no holds barred in crediting the bank account of their favorite star.

Davido’s fans have been excited to connect with the singer and help him out, but this has caused division among his base. Many have spoken out, claiming that Davido, whose net worth is rumored to be around $25 million USD according to Google, should not have gone to his fans for money since they make significantly less than him.

Check out some of Davido’s posts below and let us know what you think. 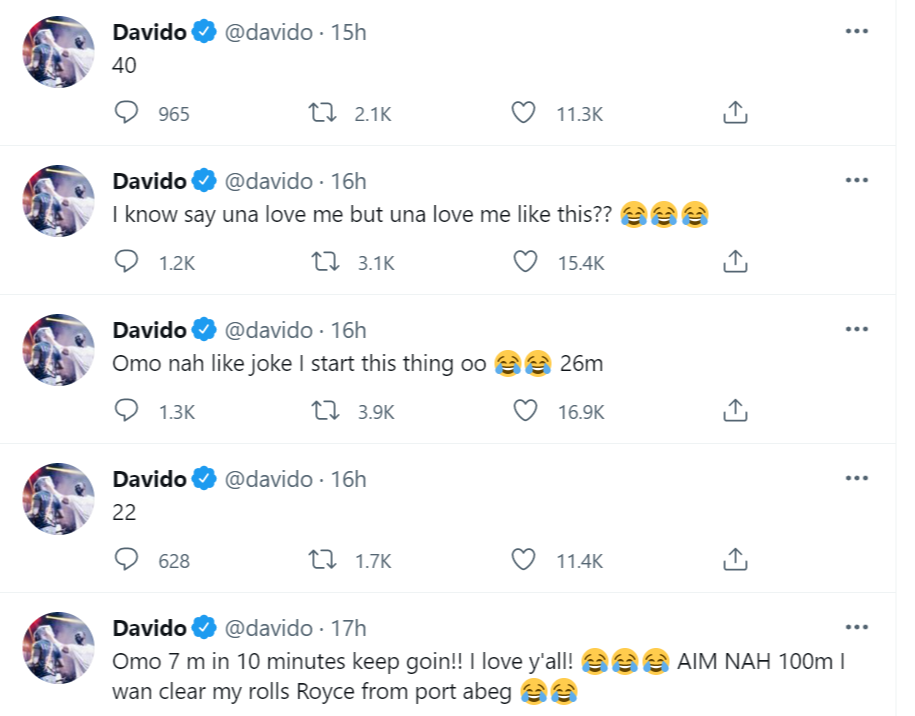 Davido’s Instagram story is currently buzzing up as he calls on to friends, celebrities and brands he’s worked with to send him birthday funds. Among the donors were his first daughter, Imade Adeleke, Tiwa Savage’s son, Jamil Balogun who asked for Davido’s dollar account for a deposit, his first baby mama, Sophia. In one of the videos he uploaded, Davido listed Ghana stars, Shatta Wale, Medikal, Stone Boy, Medem. Ghanaian rapper, Samuel Adu Frimpong who is known Medikal became the first Ghanaian celebrity to join the tall list of celebrities who have sent OBO money.

“What is happening, guys who use to call me bado now call me babygirl”, Eniola Badmus reacts as she loses weight

Peter and Paul Okoye hug it out in new video as they squash 5years beef, celebrate 40th birthday