Man who lives close to ‘ghost Amala joint’ in Lagos… 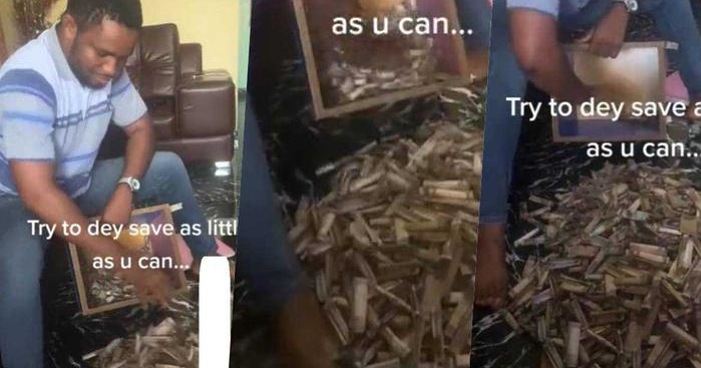 A Nigerian man has taken to social media to show off the huge amount he saved in his piggy bank throughout the year.

In a video making rounds on social media, the young man was spotted opening up his piggy bank and flaunting the amount of money inside.

Sharing the video, he emphasized the need to save up for bad days with a caption that reads, “try to dey save as little as you can.”

Reacting to this, fans expressed mixed reactions as some people claimed that saving money in piggy banks is not really safe, cause some people who sell the boxes are ‘spiritual scammers’.

Some others congratulated the excited man as they teased him about enjoying a detty December.