Lady calls out COZA pastor, Biodun Fatoyinbo over death of her friend 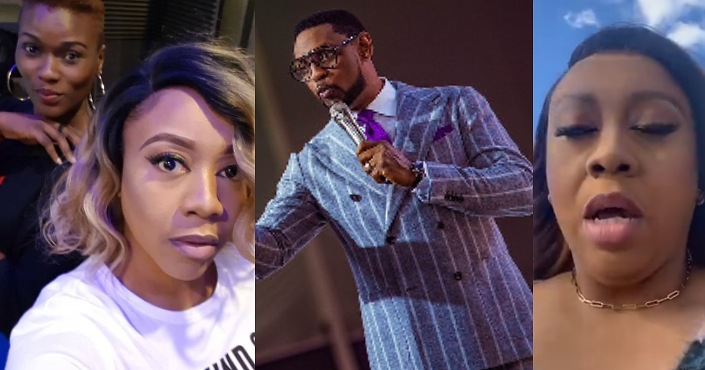 A grieving lady, Nnenna Akaluude has accused COZA pastor, Biodun Fatoyinbo of allegedly causing the death of her friend, Tega.

Nnenna claimed that Biodun, together with the help of his cohorts in the church, have been allegedly perpetrating evil and going scot free.

“If you are related to Fatoyinbo, Fani Kayode and Yomi…

Lamenting over the death of her friend Tega who lost her life after she was allegedly neglected by members of the church, Nnenna vowed to ensure that her death doesn’t go unpunished.

“Dearest Tega your death was so unnecessary but it will not go unpunished. I’m so broken.

Biodun Fatoyinbo you know I know you. I know you more than you think you do and I’ve never seen such cruelty.

People have lost their faith in God because of you. You have broken marriages and homes. Your suffering and judgement shall be an everlasting one.

There might not be evidence yet to prove that you have dabbled into the occult but nothing is hidden under the sun.

For so long you have gotten away with evil but this one will not escape you. The world will know you for who you really are.

Hitting on Catherine for the longest time, and she kept turning him down. She became the enemy number one because she said No to the advances of the ‘man of God’.

Tega was experiencing pregnancy difficulties. Spent the entire holidays in the hospital bed. But no visit from anyone. Have you no heart?

Tega was going to leave this month. For some reason, something happens to the people who have either left or are planning to leave. From strange illnesses to death. For everyone still serving there, I commit you to your maker”.

“Why did I sister-zone you?” – BBNaija star, Sammie expresses regret, after seeing Maria’s stunning photos