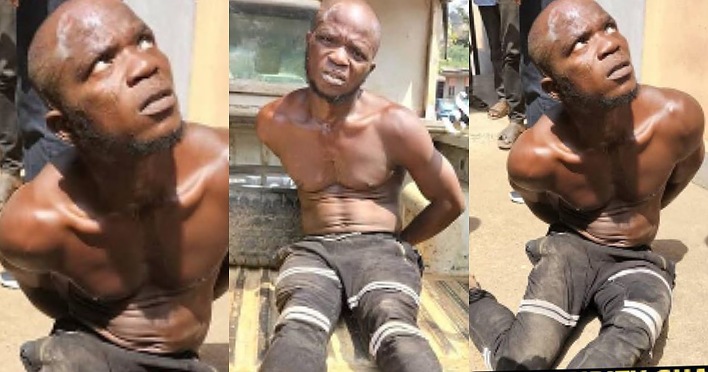 A security guard identified as Adewale Adegbenro, has been arrested in Ogun state over theft allegations.

Reports gathered that the security guard was apprehended after he allegedly broke into his employer’s home and made away with jewelry worth N15million.

It was also gathered that the suspect, who was arrested by the state-owned So-Safe Corps, committed the crime in December, 2021. He was, however, arrested on Monday, January 24, 2022.

I needed money to remove my baby – Lady nabbed for…

Confirming his arrest in a statement, Moruf Yusuf, the corps’ spokesperson, said,

“The So-Safe Corps was contacted by Force CIID Annex, Alagbon, Lagos State that one Mr Adewale Adegbenro, popularly called Akilapa, has been declared wanted for burgling into the residence of his employer who employed him as a night guard at Adigbe, Abeokuta.

He carted away gold and jewelry worth N15million since December 14, 2021. He was finally apprehended somewhere in Odeda after he was closely monitored by officers of the corps.”

“Is it fair for the wife to also get pregnant for another man?” – John Dumelo’s wife asks controversial marital question