Lady narrates how the child her parents adopted reportedly poisoned them 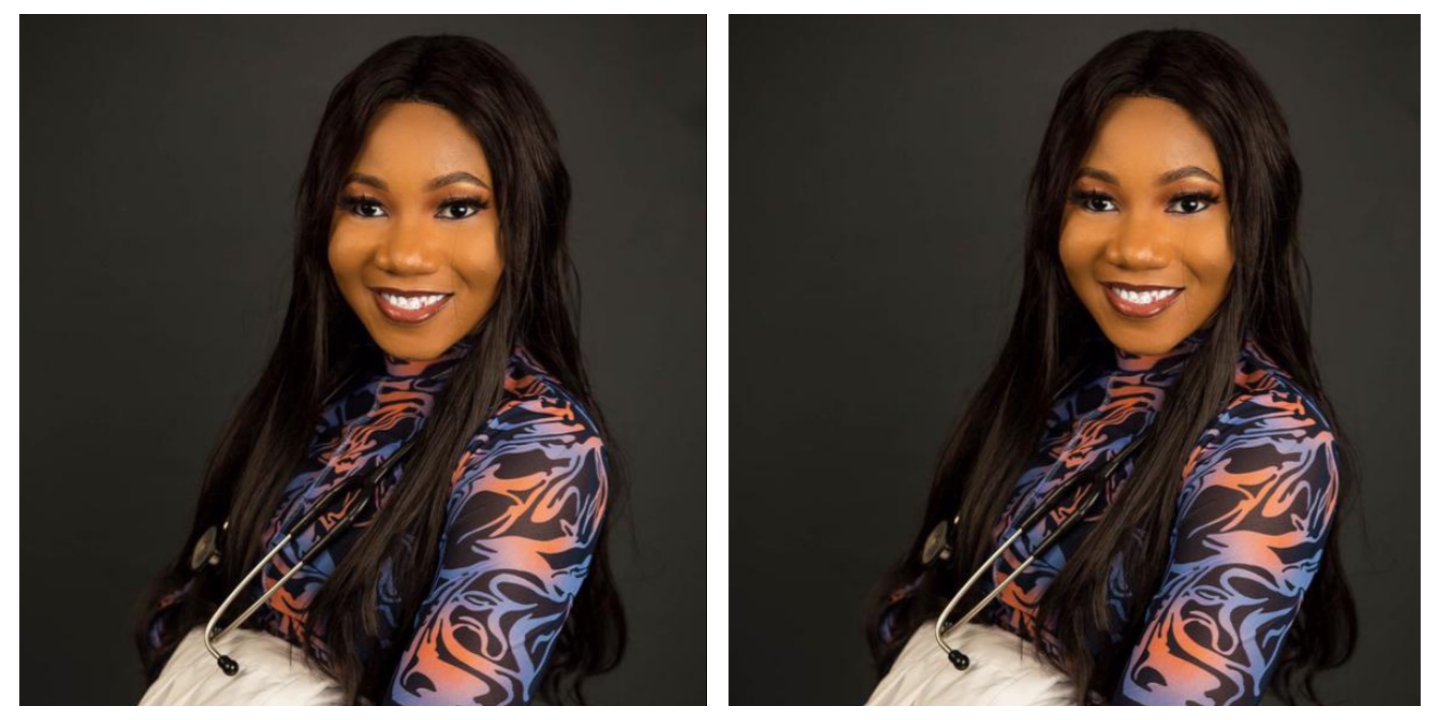 A Nigerian lady has narrated how the child her parents adopted, poisoned them  because they asked her to apologize whenever she is wrong.

The lady in a tweet on the micro-blogging platform, stated that her parents adopted a girl, however the same child added snipper-like poison to her parents beverages.

According to her, her father drank 2 spoons of the beverage and was feeling uneasy. This raised her father’s suspicion. He questioned her and she confessed to him.

Her words in part,

“I just want to thank God that the child my parents adopted didn’t turn me and my siblings to orphans. She poured one of those sniper like chemicals into their beverages because they said she should be apologizing when she is wrong”. 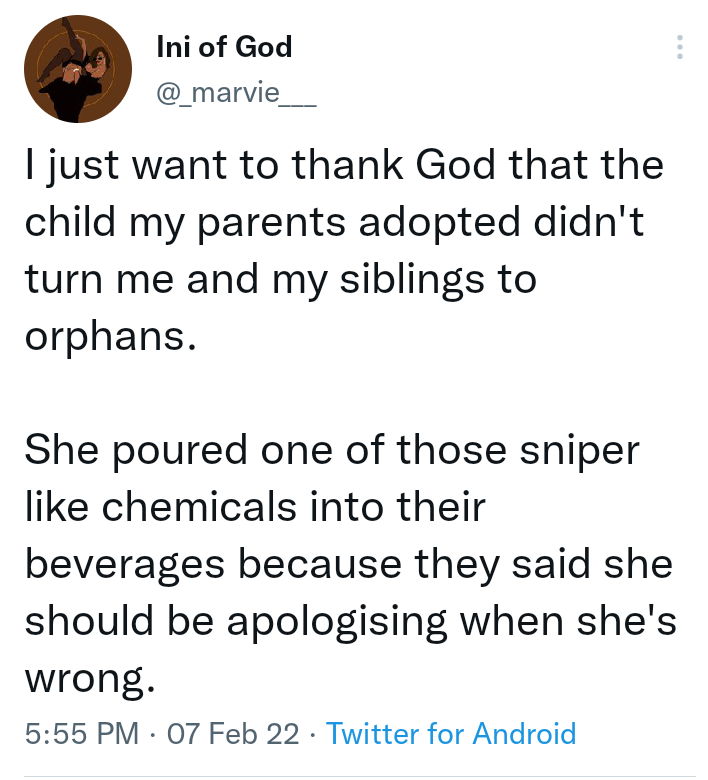 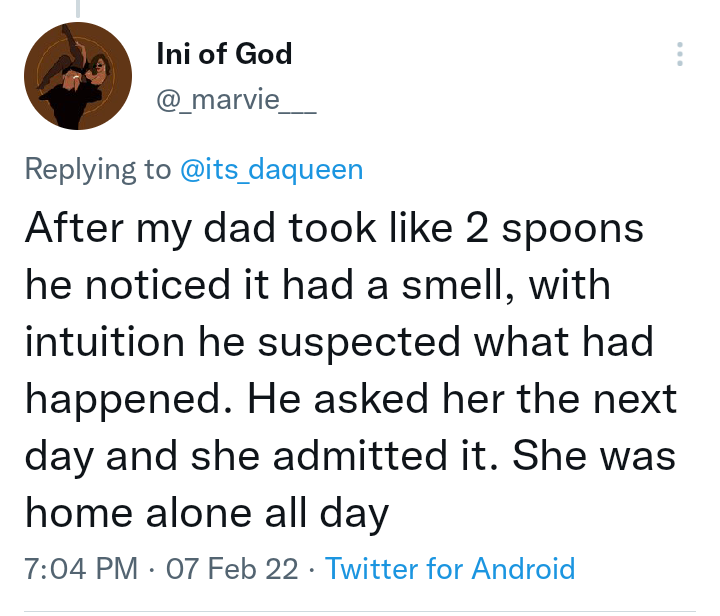