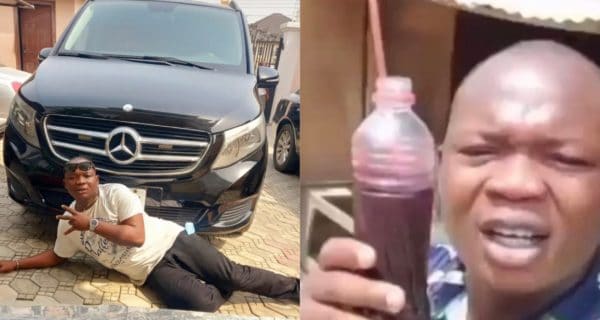 Yunusa, a popular comedian and skit creator, has announced the acquisition of a new Mercedes-Benz on the microblogging platform Twitter.

The comedian is famous for his ‘cold zobo,’ which has gone popular on social media and has been used as a meme by many people.
Among many social media users, the word “cold zobo” has also come to be connected with or used as a slang term for “lie.”

The popular comedian announced the purchase on his own Twitter page, posting photos of himself alongside his new Mercedes Benz.
Fans and colleagues have congratulated the comedian in his comment section.

Skit-maker, Southpaw King celebrates as he buys car after… 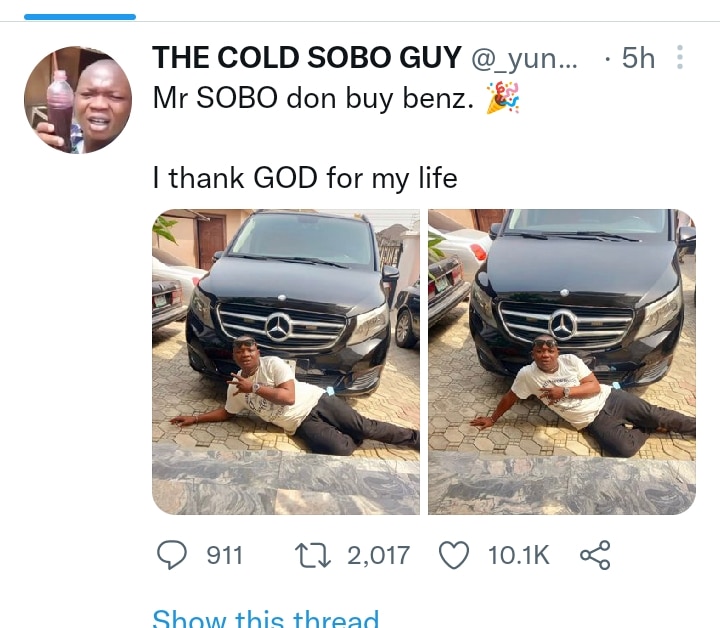 In other news; On social media, a video has surfaced showing a Muslim hiding behind a building with food to break her fast while her friends continued to observe Ramadan.

All Muslims around the world fast from sunrise to sunset during Ramada. During this time, Muslims gather on a regular basis to pray and read the Quran, as well as to keep their body holy.

Is it your womb? – Toyin Lawani slams those dragging her for having three kids with different men