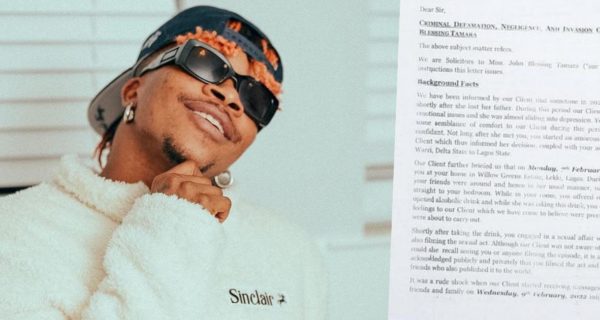 The young lady, who goes by the name blessing,  in the leaked bedroom tape with the popular musician, Oxlade, has filed a multimillion-naira lawsuit against him.

This comes months after a viral video of Oxlade and the lady in issue performing a bedroom act that made national headlines for weeks.

Blessing, on the other hand, has sued Oxlade for criminal defamation, negligence, and invasion of privacy, claiming that the tape has caused her despair.

Blessing also claimed that the artist set her up by inviting her into his home and videotaping her while under the influence of drugs, then sending the videos to his friends who eventually disseminated them.

In other news; A woman is said to have split up with her boyfriend and married a male coworker with whom she fell in love.

Ogbeni Dipo claims she dated her lover for four years before breaking up with him six months after starting her new job.