Leaked chat of Yul Edochie’s wife opening up about what she found out about her husband, Yul Edochie 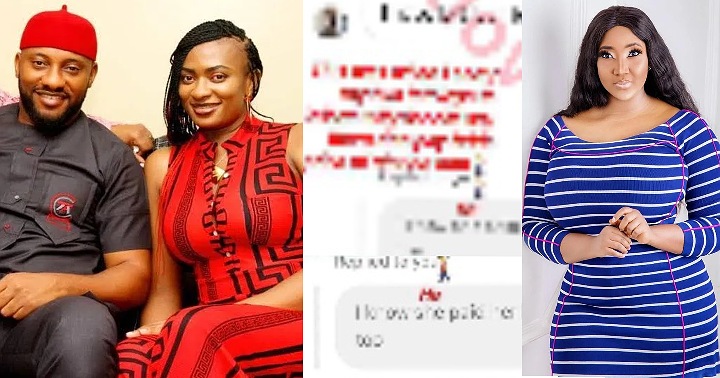 May Yul Edochie has revealed how she found out that her husband, Yul Edochie paid bride price of another woman on Sunday.

The heartbroken wife while speaking with blogger Gistlovers, revealed that she was unaware of the extra marital affair of her husband. According to her, her husband secretly paid bride price for the second wife on Sunday, and she found out on Monday about the incident.

Recall, her husband, Yul sparked outrage online after he announced that he now has a second wife and a son with her.

Following the report, his wife who was hurt over the entire saga, took to his comment section to pray for God’s judgement to fall on both of them. 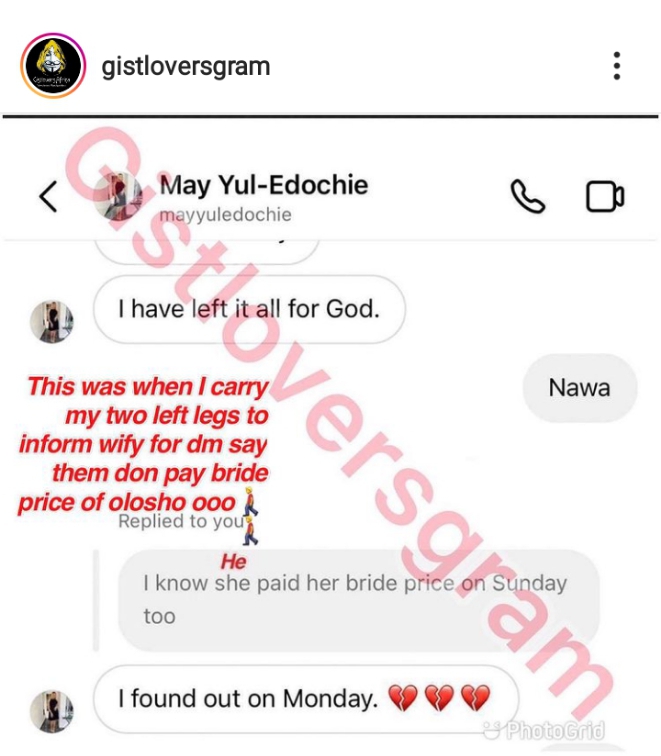 Many Nigerian parents are pushing their daughters into runs – Kanayo O. Kanayo