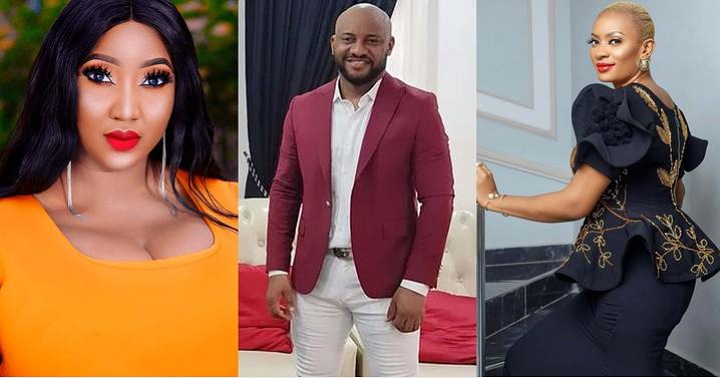 Judy Austin, the second wife of popular Nollywood actor, Yul Edochie has sparked outrage over her comment about May Edochie.

The new wife in her recent comment, hailed the actor’s first wife, May Yul Edochie, referring to her as a beautiful woman. “This could have been you and your lovely wife…

Recall, yesterday, the streets of social media was thrown into a wild frenzy after Yul Edochie unveiled the child with his second wife.

Yul had uploaded images of his first wife, May, as he hailed her on Instagram, calling her his undisputed number one.

His second wife, Judy Austin has now also taken to the comment section to hail the first wife, May; an action which has now earned her the wrath of Nigerians. How Yul’s first wife, May allegedly snatched Yul from her roommate years ago, and got pregnant for him