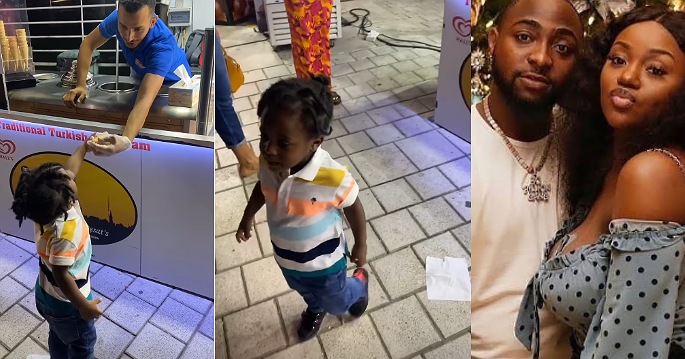 The little boy and his mother, Chioma Rowland stopped over at an ice cream stand to get some Ice cream and the ice cream man decided to tease him a little before giving him the ice cream.

When Ifeanyi made an attempt to collect the ice cream, the vendor jokingly deprived him of it and turned away the cone from his grasp. 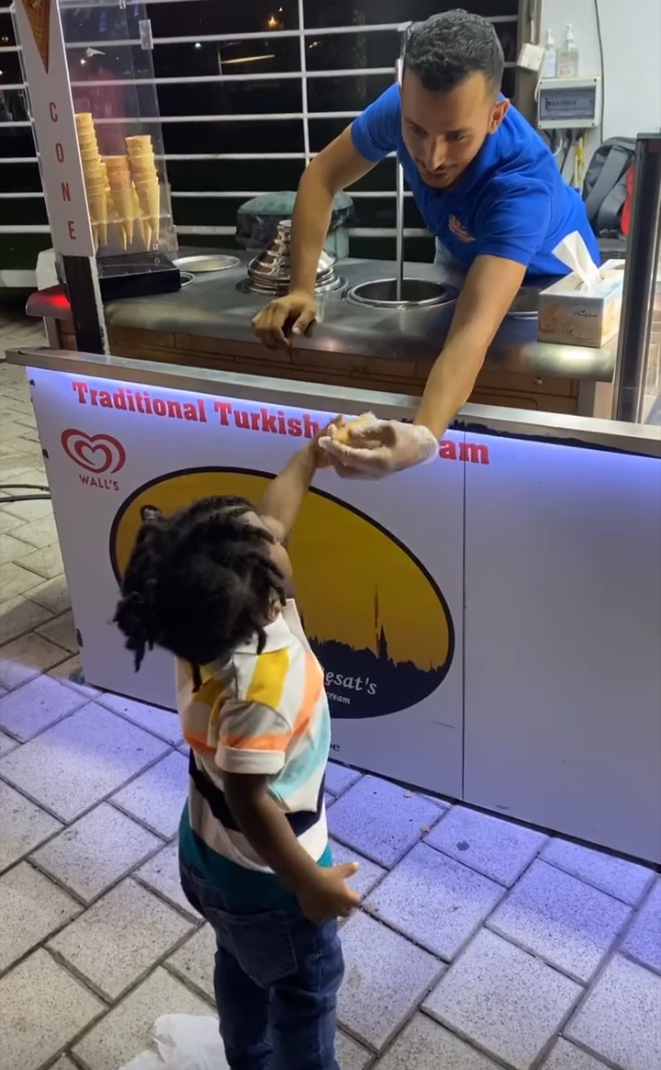 After repeated tricks, Ifeanyi got tired of the whole thing and stormed off angrily which drew laughter from eye witnesses at the scene.

Social media users have however likened Ifeanyi’s behavior with that of his father, Davido.