Woman takes husband’s CV, applies for jobs on his behalf until UK company calls him 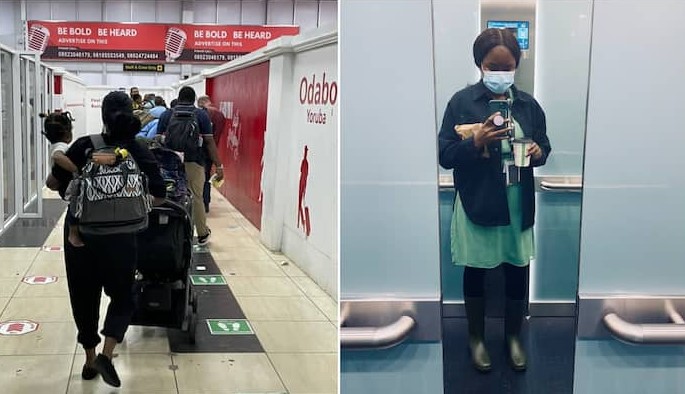 A Nigerian woman named as Bola Bello has revealed how she assisted her husband in obtaining a job in the United Kingdom, prompting her family to relocate.

She revealed that she took his CV, had it rewritten by an expert, and began searching for overseas jobs for her husband.

According to Bola, she works in marketing while he is a software engineer, thus she realized he had a higher chance of finding work abroad.

After applying to various firms and platforms, one company finally called him, and he was hired, and they relocated to Scotland.

”Exactly a year ago. My family and I moved to 🇬🇧 Everything happened so fast. The entire process took us less than a year. We knew we had a slim chance of getting 🇨🇦 (No masters, 30+ etc)…

My husband wasn’t really keen on the whole idea but I was. I have career in Marketing and my husband is a Software Engineer (Financial Services). He had a better chance of getting a job in the Uk. He worked in a company in Nigeria for 12 years and had worked on some impressive projects. I hired someone to rewrite his CV and LinkediIn profile and started applying for jobs. I applied to over 50 jobs for him. Most of the companies I applied to were financial service companies especially the ones looking for Java Engineers.

I applied on LinkedIn, Indeed and directly. I had to familiarize myself with the coding languages he knew so I could answer/fill the questions without needing him to (he was super busy).

I can’t remember the exact amount of jobs I applied to but they were over 50. So let’s assume I applied to 50 jobs, he got 49 rejections. Only ONE company called him back. Yup, just ONE. He had 4 interviews in October got the offer in December 2020…

…visa appointment was in February and we moved to Scotland April 2021. Thank God for the journey so far. It’s been amazing. I later got a great job in Marketing last September. #JapaStory.”

Exactly a year ago. My family and I moved to 🇬🇧 Everything happened so fast. The entire process took us less than a year. We knew we had a slim chance of getting 🇨🇦 (No masters, 30+ etc)… pic.twitter.com/bHDHBwASHt