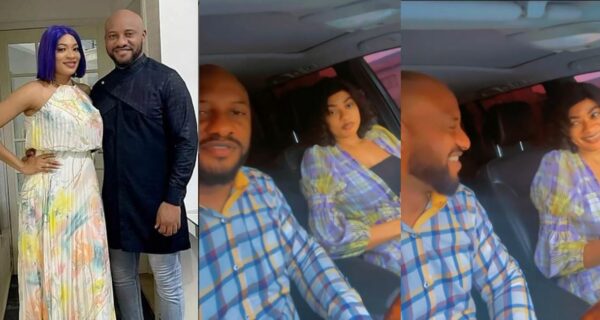 Netizens are baffled after popular Nollywood actor and director Yul Edochie released a video of himself and his first wife, May, dancing ecstatically, having a good time.

This comes after the actor took to social media to reveal his second wife, Judy Austin, and their son, Star, which enraged his first wife, who didn’t hold back her retaliation.

In an unexpected turn of events, Yul shared a video of him and his first wife having a blissful moment while listening to music.

“I’m still in love with my ex girlfriend”…

Captioning the video, he wrote:

Social media users in a state of confusion have argued that it is an old clip prior to the saga.
See reactions below: