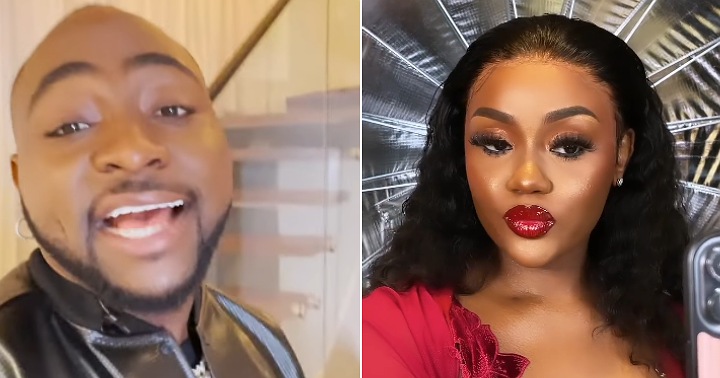 David Adeleke, popularly known as Davido was recently questioned about his baby mama, Chioma Rowland by some elderly women.

In the clip making rounds online, Davido who just walked into a mansion could be seen prostrating for some elderly women while exchanging pleasantries. The women as usual asked about several people in his life ranging from his son, Ifeanyi to his baby mama, Chioma Rowland.

However, when Davido was asked ‘how is Chioma?’, he didn’t make an express statement which caused tongues to wag in the comment section.

Ogadi Jennifer said:
“Davido why you dey dodge the question boss. Abi Chioma no be your lover again.”

Joe Assurance added:
“This is ridiculous. So you no fit answer simple question Davido”.