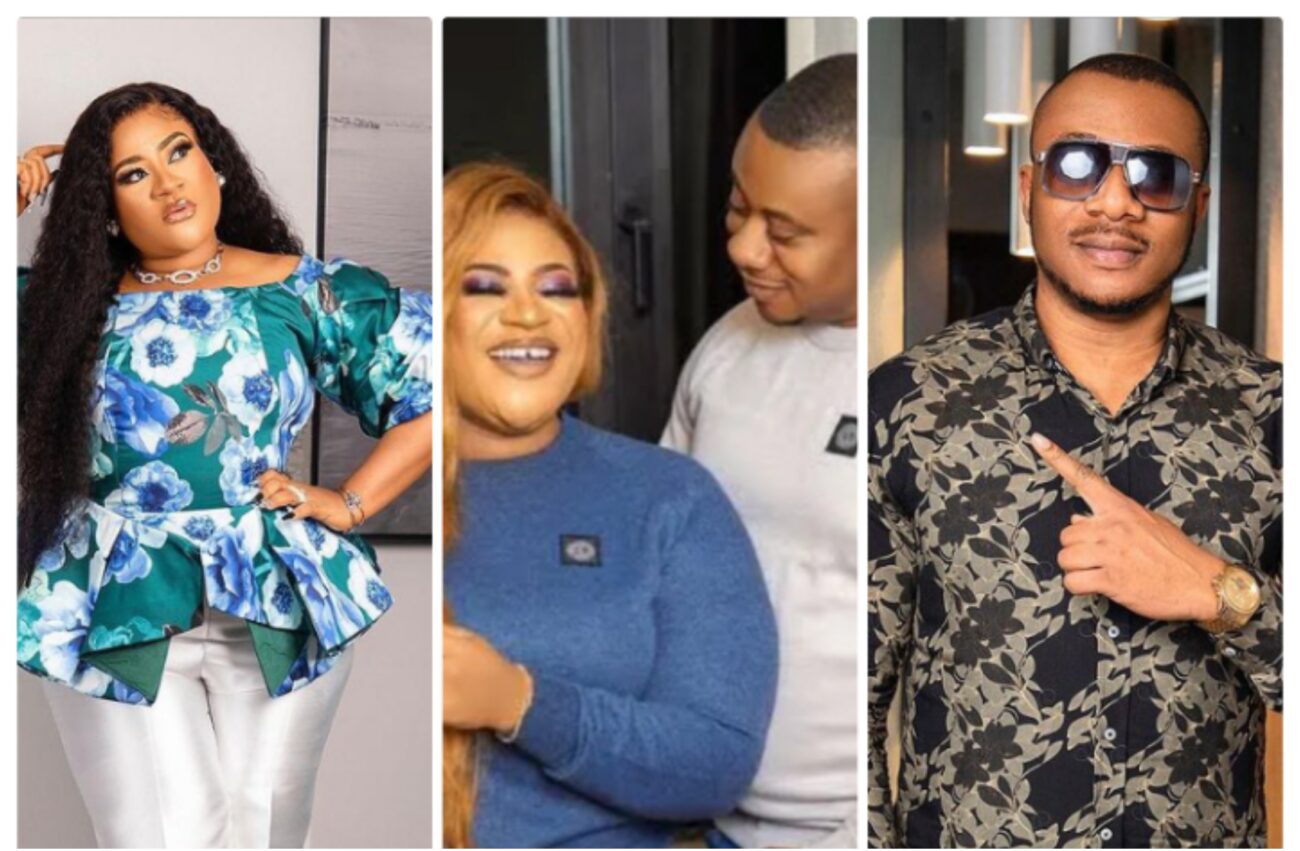 Nkechi Blessing, a Nollywood actress, does not appear to accept her ex-lover, Opeyemi Falegan’s apology.

The mother of one has slammed those who have urged her to accept his apology and reconcile with him.

Earlier, during an Instagram live session with media personality Daddy Freeze, the politician apologized to Nkechi Blessing for everything that had happened between them.

Opeyemi Falegan admitted his mistake, stating that it is extremely painful for a person to be separated from their lover, whom they had publicly flaunted and showered love on online.

The Ekiti state politician said Nkechi Blessing shouldn’t be angry with him and would have knelt before her if he had the opportunity to do so.

He added that he wanted to move on but didn’t do it in the best possible manner and he is very sorry for everything.

Opeyemi Falegan also teased Nkechi Blessing as he expressed love for her saying he still loves her from his heart.

Nkechi Blessing responded by saying that the Ekiti State politician was only trying to use her to stay relevant.

Nkechi Blessing went on to say that she hopes he stops using her for clout and starts doing something meaningful instead of having useless girls slide into his dm.

“E be like say madness dey run for some of una family, na so so rubbish una dey post now…. Una see person wey don dey become irrelevant trying to stay relevant again In dey help am promote trash….. I wish he’s using the clouth for something meaningful other than having useless girls slide into his DM..make nobody tag me to trash Abeg!!!”. 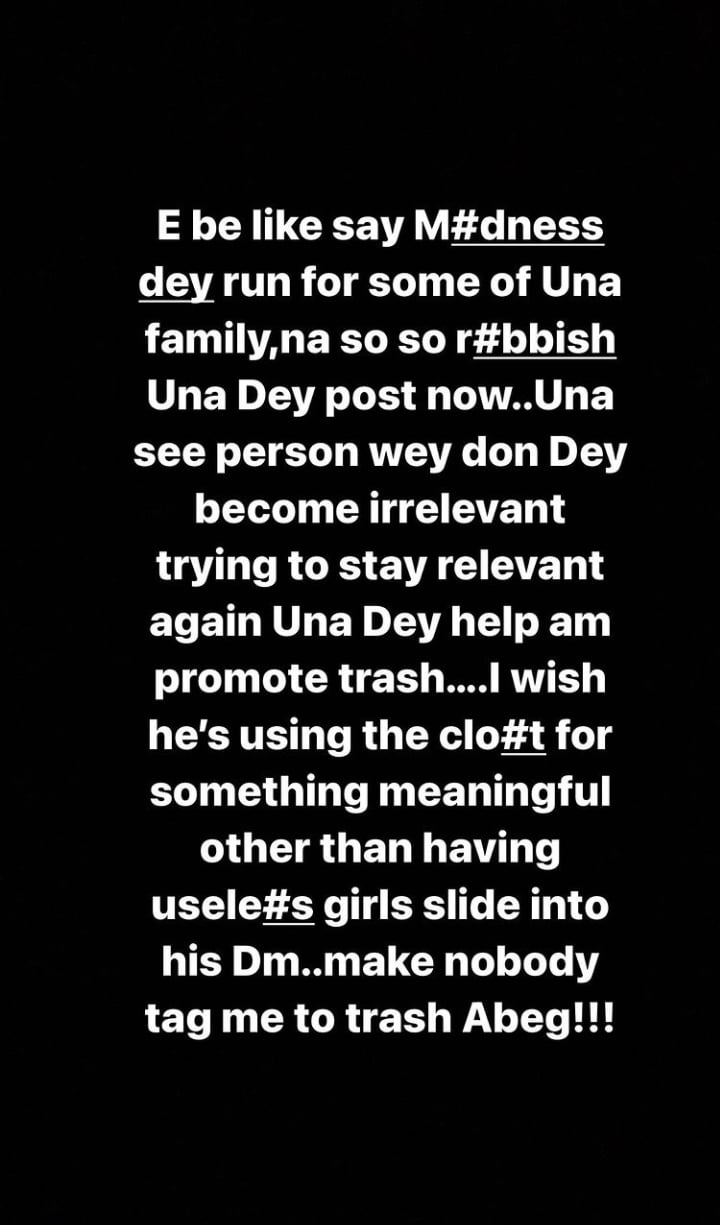 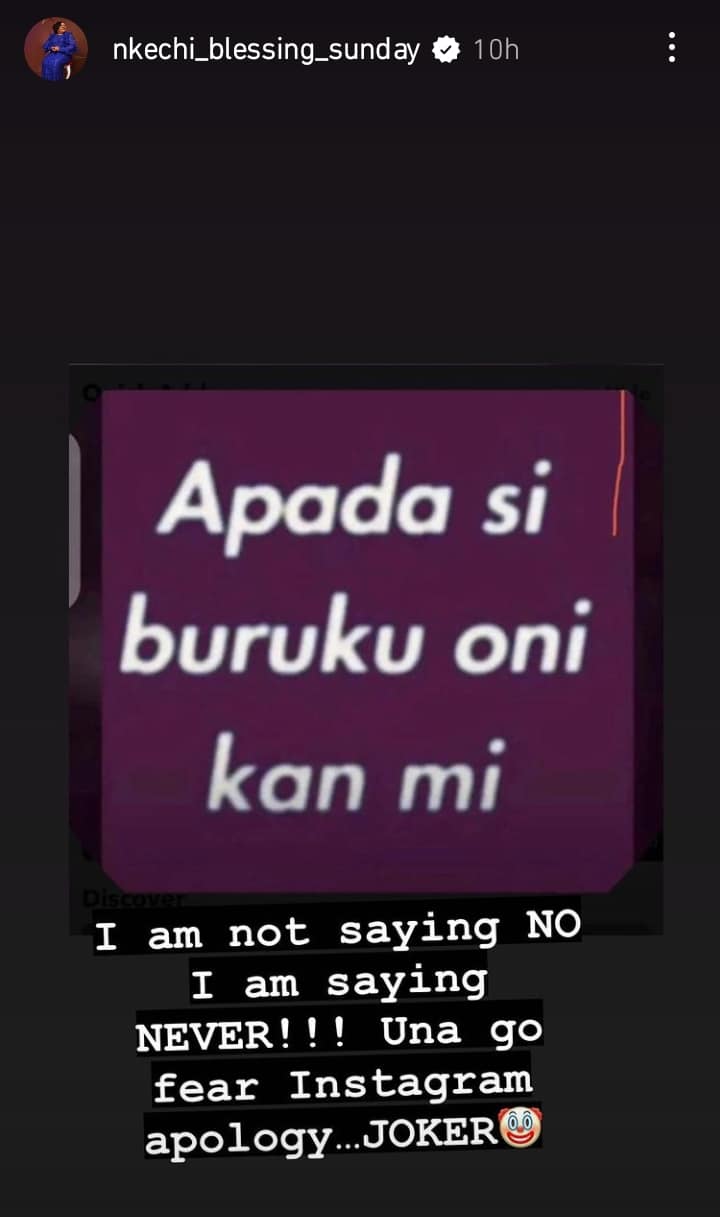