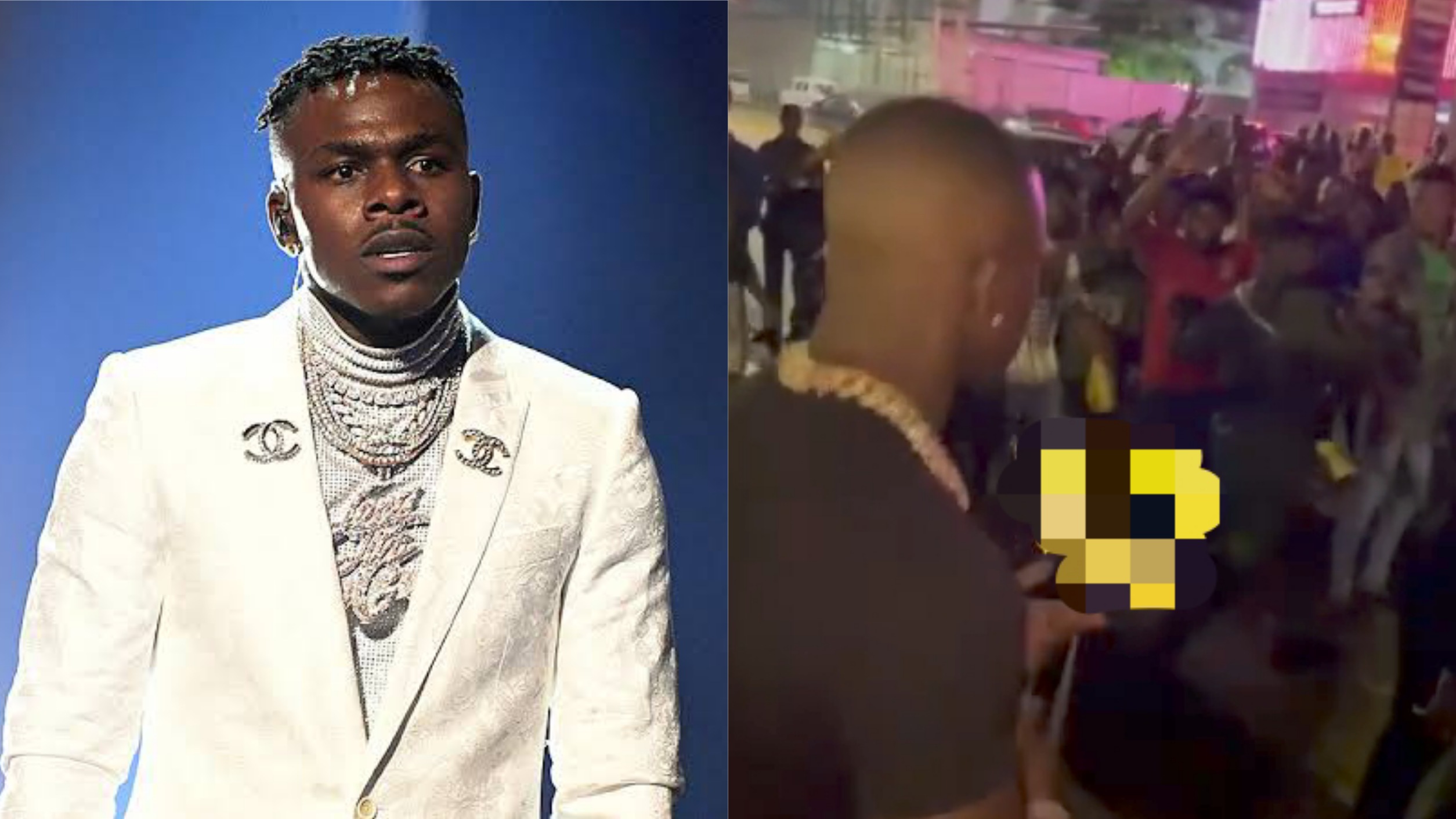 A man has told Dababy, a popular American rapper, to keep his phone close as a swarm of supporters gathered to greet him.

On Monday, May 16th, he arrived in Lagos and was met by a throng of fans.

According to sources, the rapper landed in Nigeria to meet up with Davido, an Afrobeat singer, for a studio session of their previously recorded song.

The viral video recorded the moment the American musician was besieged by overjoyed fans who flocked to see him on his way to Davido’s Banana Island mansion.

While being escorted by security, a man was observed instructing Dababy to hold his phone tightly to avoid it being stolen or snatched by the mob.

Davido seeks to locate less privileged boy who scored all As…