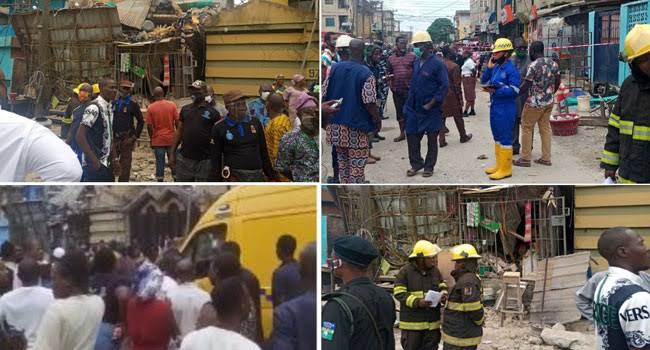 A tragic incident occurred in Nigeria, according to reports reaching TheinfoNG, that a three-story building collapsed on Ibadan Street in Ebute-Metta, trapping several of the building’s inhabitants beneath the wreckage.

Videos from the scene show locals making efforts to reach those trapped.

Another video shows bodies lying motionless on the ground at the scene of the building collapse, with residents running around, screaming for their loved ones.

“An alert of a collapsed of a three storey building by 32 Ibadan Street, Ebute Meta was received at 21:48 hours, Sunday with @LagosRescue already at the scene.