Young lady studies law to secure her dad’s release from prison, he regains freedom in time for her graduation 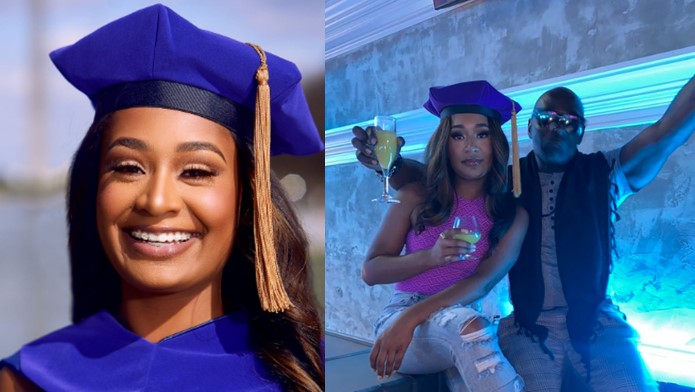 A young lady has taken to social media to celebrate two blessings in her life, one of which is her imprisoned father.

She revealed that she enrolled in Harvard University School of Law in order to assist in the release of her father from prison.

He was sentenced to life imprisonment but she was able to work so that he got released after serving 20 years.

Video: I can’t date a man who has a job – Young lady says

According to the lady identified as @teeliciouss_ on Twitter, she was 4 years old when he was jailed but he got out just in time for her graduation.

He attended his daughter’s graduation and after that they hit an event venue to celebrate.

The law graduate shared a photo with her dad and wrote;

”I went to law school because my dad was sentenced to life in prison for non-violent drug crimes. I did what I could to get him out. He did 20 years and got out right in time for my graduation.”

”I am a Howard University School of Law lawyerrrrr with honorssssss”