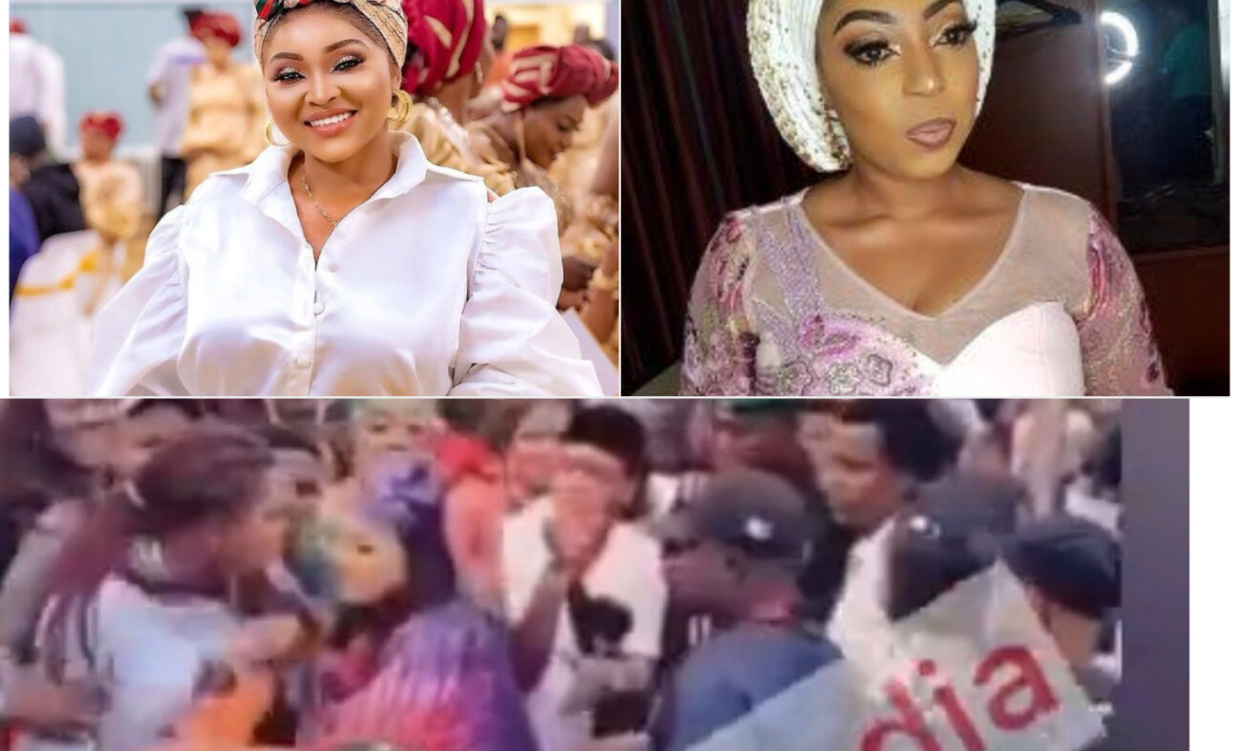 Mercy Aigbe, a Nollywood actress, is accused of fights with Omolara Olukotun, a Lagos socialite and actress behind the well-known brand Larrit Shoe Village (LSV).

Mercy Aigbe and Iyabo Ojo, the entrepreneur, were at an event when Larrit flared up and threw a bottle at Mercy, who screamed in terror.

Iyabo Ojo, who reconciled with Larrit after their messy feud in 2018, couldn’t save the situation.

“Your mama no do reach like this” – Racy photos of Mercy…

#BBNaija: Drama as Adekunle, Shegzz, and Chichi engage in…

Surprisingly, Iyabo Ojo, who was sitting next to Larrit, couldn’t stop her from hurting Mercy Aigbe, a close friend of hers.

Iyabo Ojo was just drinking and smiling as they spoke.

Though, the cause of the fight isn’t known, Gistlover who broke the news promised to keep the public updated on what led to their bitter fight.

“Watch the moment Larrit throw Mercy Aigbe igo orobo (bottle) at the party before the proper fight come happen come happen earlier today. Na like this I want dey throw people igo orobo now, you talk, you collect, you talk, igo orobo ontop your head, no time. Even Iyabo wey like vawulence run when she see deal life Bottle, anybody go collect bottle for head. Mood till the end of this year by God’s grace. I come in peace. Full details of the fight later”. 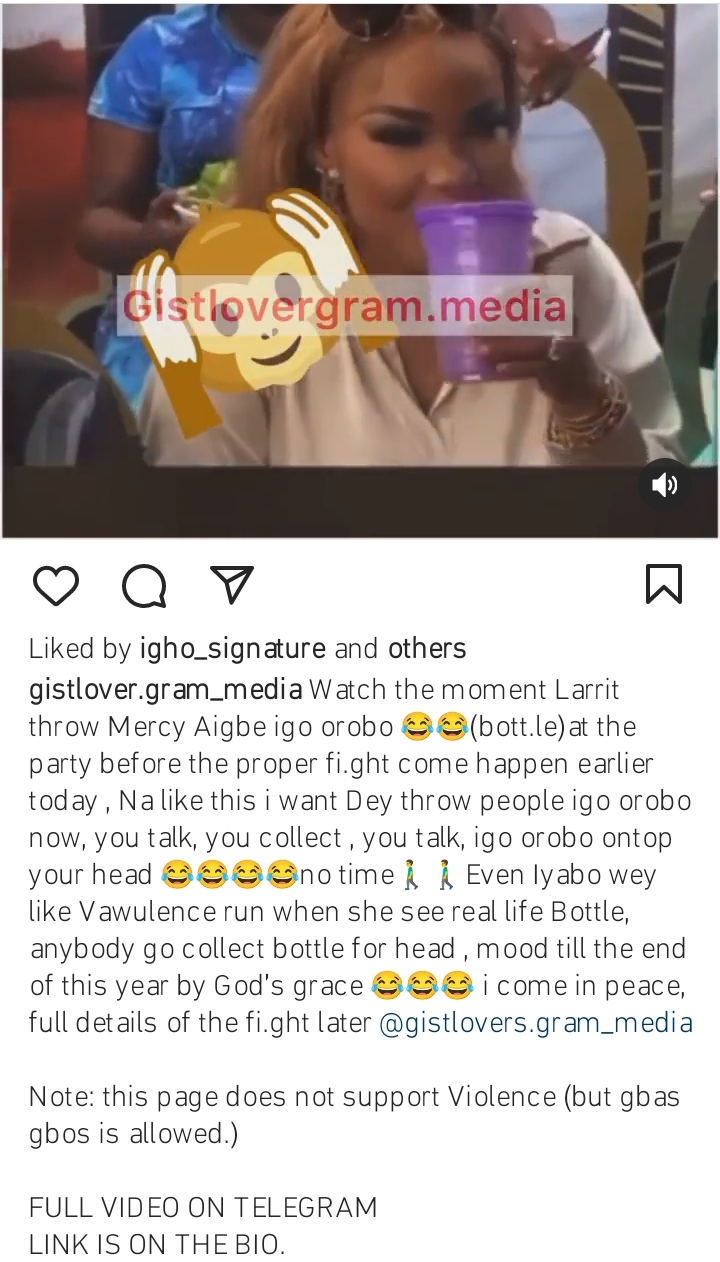