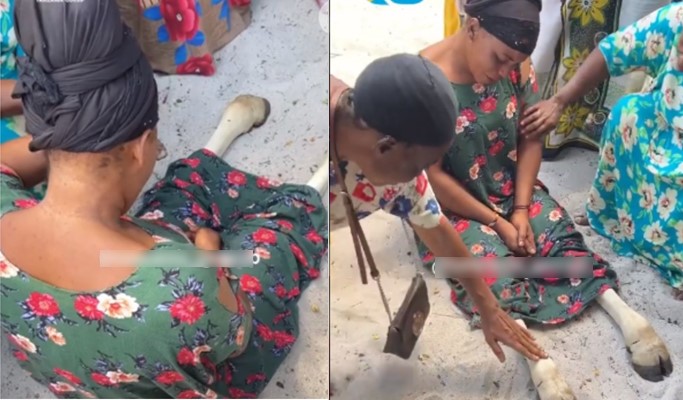 As a result of an affair with a married man, a Tanzanian woman has purportedly been turned into a cow. 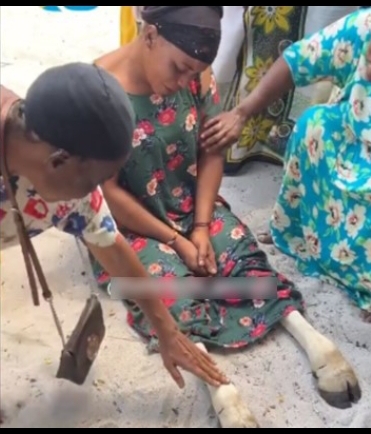 Her legs turned into cow hooves, and she sprouted a tail, much to the surprise of the locals.

The lady can be seen sitting on the floor with her hoove legs out and visible under her wrapping in a video that has gone viral.

“Any woman who asks for nothing will receive…

According to some reports making the rounds, she stole another woman’s spouse and enchanted the man’s wife when she discovered out about their romance.

However, some social media users have began to doubt the video’s validity. Some claim that the hooves are not real while others seem to believe it to be real as there are so many unexplainable incidents in Africa.

I was a single mum with no degree, now I’m an Engineer – Nigerian lady celebrates her growth