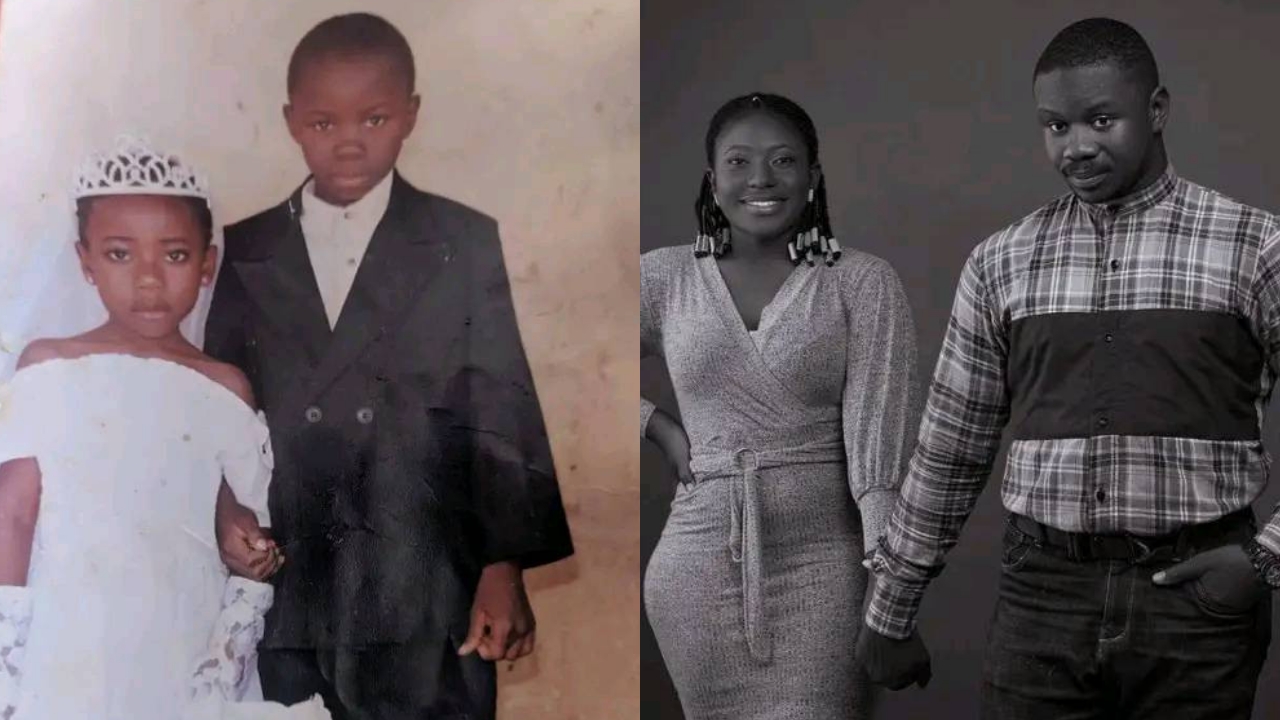 A lady identified as Patience, has told an interesting story of how she married her neighbor’s younger brother. 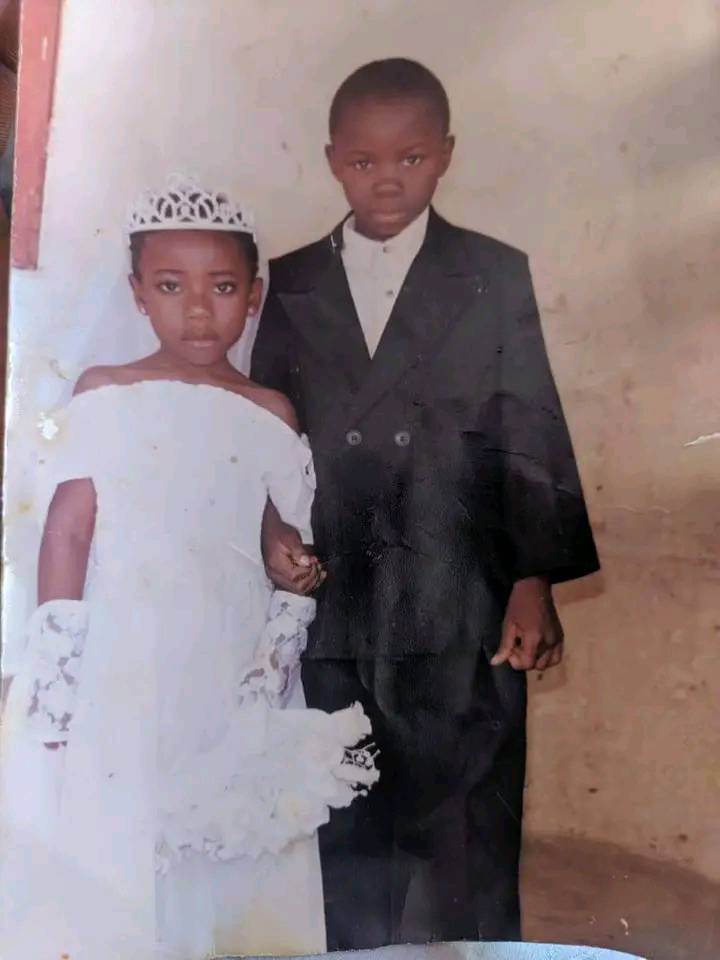 Patience recounted how her neighbor had moved into their compound when she was four or five years and was always saying that she’s her younger bro’s wife.

Her neighbor had at one time pleaded with Patience’s mum so she can visit Gombe, where she met other members of their family.

The lady (her neighbor) had made Patience wear a little bride gown and took picture of her and her brother.

They two gradually fell in love with each other and when they became of age, tied the knot.

See her story below:

“My husband’s elder sister came to stay in our family compound as a tenant wen I was about 4 or 5 years. She loves children and was very fond of me and my younger brother then, so she would always tell my mum dat she has found a wife for her younger brother (me oh) and they will just laugh about it. So dat year December she pleaded with my mum to allow me follow her home to see her parents for Christmas, because they were already friends with mumcy it wasn’t hard for my parents to agree oh and we traveled to Gombe together with her.

She told her parents and siblings that she brought wife for Joseph, and they will always joke and tease him with him, while huncle was feeling shy and not liking it, It was sweeting me my thing( I was young and naive abi??).

One Sunday morning when we came back from church my husband’s elder sister wore this gown for me oh ( can’t remember how she got the gown though, I think it was the one her little bride used cos she was recently married), she made him wear his one in town suit too, she called photographer oh and we took pictures. She kept saying she had joined us oh remain God’s own.

Holiday was over and we came back to Jos, she brought the pictures and gave my mum one copy of it.

Fast-forward to many years later when I was in ss1 and huncle (my husband) had just graduated from sec school, he came to his elder sister’s house in Jos though she was not in our compound again but she wasn’t staying very far, so I used to still visit her sometimes with my parents and other times I go alone to help her children out cos of the nature of her job( am older than them ofcourse). So as usual na one time I went to the house and I met huncle there. And then we got talking, he asked me out ahhhh brother calm down I still dey secondary oh till I graduate. He agreed and waited for me till I graduated from sec school, we started dating.

I got admission to university and he also went for force training. He did something that hurt me and I broke up with him. He pleaded and I refused cos there was also one guy in head too dat time, after trying to no avail he just told me ” he certain that I am his wife so no matter where I go or who I date I will still come back” and I was like abeg gatat. I think he got and angry and even blocked me on his social media handles, ahhhh wetin concern me.

Later on once in a while we got talking again just as friends though even though I knew he still liked me, i even told him how my one of my boyfriend broke my heart, guess wat he said??? ” That’s how they will keep breaking ur heart till you decide to come back to me”

That was how huncle started posting one girl’s picture on his wastapp status with love emojies ahhhhh na so jealousy start oh ( no b like say we dey date oh).

One day I asked him y ye was posting her picture oh, he said he was getting married to her November 2020!! Ewooooo my blood is not flowing again. Dat was wen i realised I was really in love with this guy ahhhhhhhhe later told me he was just joking oh, and we came back together, the next thing was I want to come and see your parents and that was how God’s work was completed in our lives”