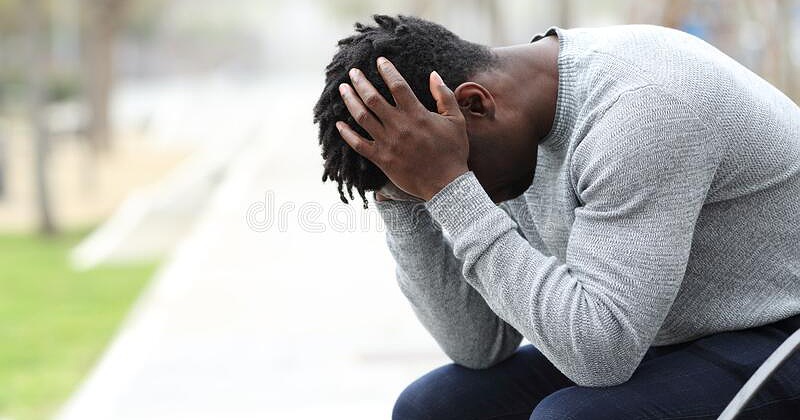 A young man has narrated how he met and became friends with a couple he had tagged saints in Lagos.

He revealed that he initially became friends with them because of the free rides he was getting. However, everything changed when the wife started making advances at him.

He wrote:
“Because you met someone in church doesn’t mean they’re a saint.

I lived on the mainland & worked on the island, & the commute was very stressful for me.

One day I met this older couple in church & as we got talking I realized the wife worked not too far away from my office.

She was kind enough to offer to let me follow her as she was going my route to and fro. She was in her mid-late thirties, her husband was in his forties & i was in my early twenties.

Our trips to & from work started ordinary but after a while things got a bit awkward. She started making inappropriate jokes & touching me in an unseemly manner.

I didn’t want to lose my ride to the island because she was saving me a lot of money so I played along. She would hit me up at odd hours & honestly, i was scared, I didn’t want anyone’s husband to come & beat me. Eventually, I left that job and told her I was moving to the island, so we just sort of stopped talking. Two years later, i got a call from a strange number, and it was her. She had moved to the island with her family & reached out to me. I was surprised she still had my number, then she asked me to come take her out and show her around the island.

I was confused at first, surely, she knew the island so I was skeptical until she said she would be coming with her husband.

I felt a bit of relief that she wouldn’t be able to make her inappropriate jokes & moves since her husband was going to be there.

That Friday night we all went out, i felt awkward at first but they ended up being fun & I enjoyed myself. Maybe because I drank a lot.

When it was time to leave they offered to drop me at my house since they were going my way & i had been drinking. When we got into the car i went to the back seat and this woman came to sit at the back too.

Her husband was driving while the both of us were at the back which i felt was weird but we had all be drinking so i let it slide.

On our way home she started rubbing my legs which was scary because her husband was sitting in front, the next thing I knew she moved her hand to my d*ck. I should have stopped her immediately but i think the alcohol affected my reaction time.

She started kissing me and I noticed the car slowly coming to a stop at the side of the road & that was when | snapped out of it.

The next thing, the husband came down & I immediately started apologizing & begging for my dear life.

He was walking towards my door so i locked the door from inside & kept on apologizing as i sought the woman’s intervention. She kept reassuring me it was okay & unlocked the door.

To my greatest surprise, the man entered the back seat too. He rubbed my chest & I froze, then he proceeded to kiss his wife.

As they kissed she took my hand & placed it on her bre*st, the way I jumped in shock & tried to run out of the car was nothing short of comical.

Mind you, I was sitting in between both of them so it was the most awkward escape attempt ever. Ma

When I realized I couldn’t escape, i just had to reason with them that i was not in the mood & hadn’t planned to do anything that night.

Luckily, I was able to talk my way out of the situation by convincing them we should do it tomorrow instead. Immediately I got to my estate i blocked them. The most shocking experience of my life. “