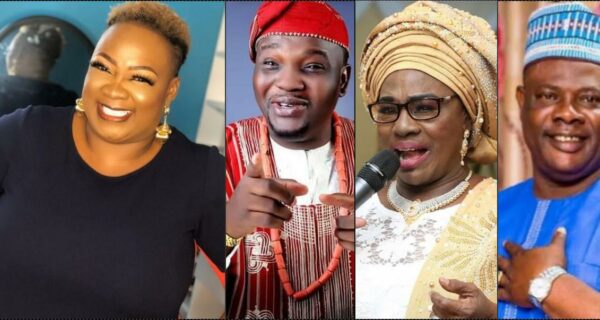 This comes after Yomi Fabiyi suggested contesting the court’s decision over Baba Ijesha’s sentence for abusing a minor.

She took to her Instagram page to express her worries about the development and curse the actor’s unwavering support for his friend.

”May you very lack in Jesus name” – James Brown accidentally… Princess also blasted other Nollywood performers, including Mama Rainbow, Yinka Quadri, and Baba Latin, to the contentious meeting in response to their disregard for the negligence in the industry.

“All the kids that come out of your body, Yomi Fabiyi, you shall not reap the fruit of your labour from none of them,” she said in part.

Comedian Princess is out with no jokes as she lays several curses on Yomi Fabiyi, Baba Ijesha, Iya rainbow and some other names in the Yoruba movie industry via her IG live.. Meanwhile Baba Ijesha was sentenced to 16years term earlier today for sexual assault on a minor pic.twitter.com/3592T0TCac

See some reactions below …

superwoman9ja: Wow this is deep. I understand her pain though

dearlife_: Omo!! This curse is too much Abeg. She’s really pained and the whole issues is quite distateful and as it is she has gotten the justice she needs, let her just let it be for the love of God. Abeg.