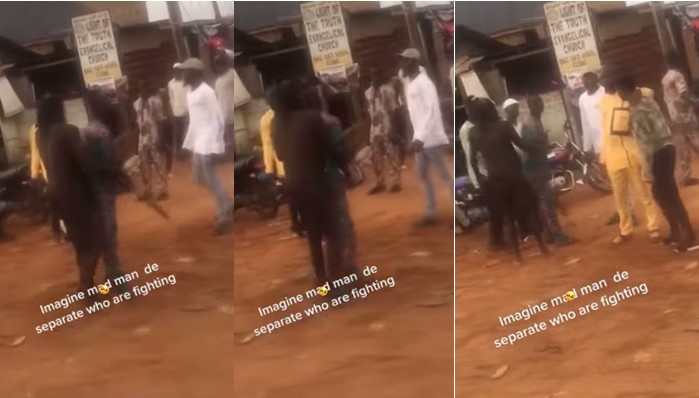 A video making the rounds on the internet captures moment a mentally unstable man was spotted separating two men who wanted to engage in a fight. 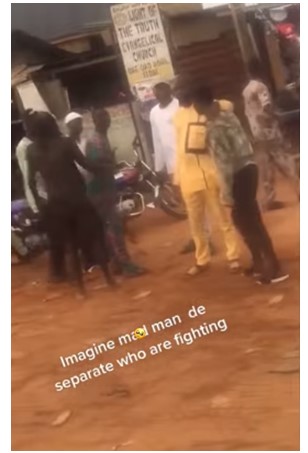 The two men had engaged in a heated altercation and decided to settle score by engaging each other physical.

The mad man however stepped in and intervened to break off the fight between the two men.

“Stop investing your life into these women, they do not…

In the viral video which has surfaced online, the mentally ill man could be seen begging and trying to talk sense into the two men as thought he were a perfectly sane person.

Onlookers who had witnessed the incident expressed their utmost shock, wondering how a man who isn’t sane could be acting so.