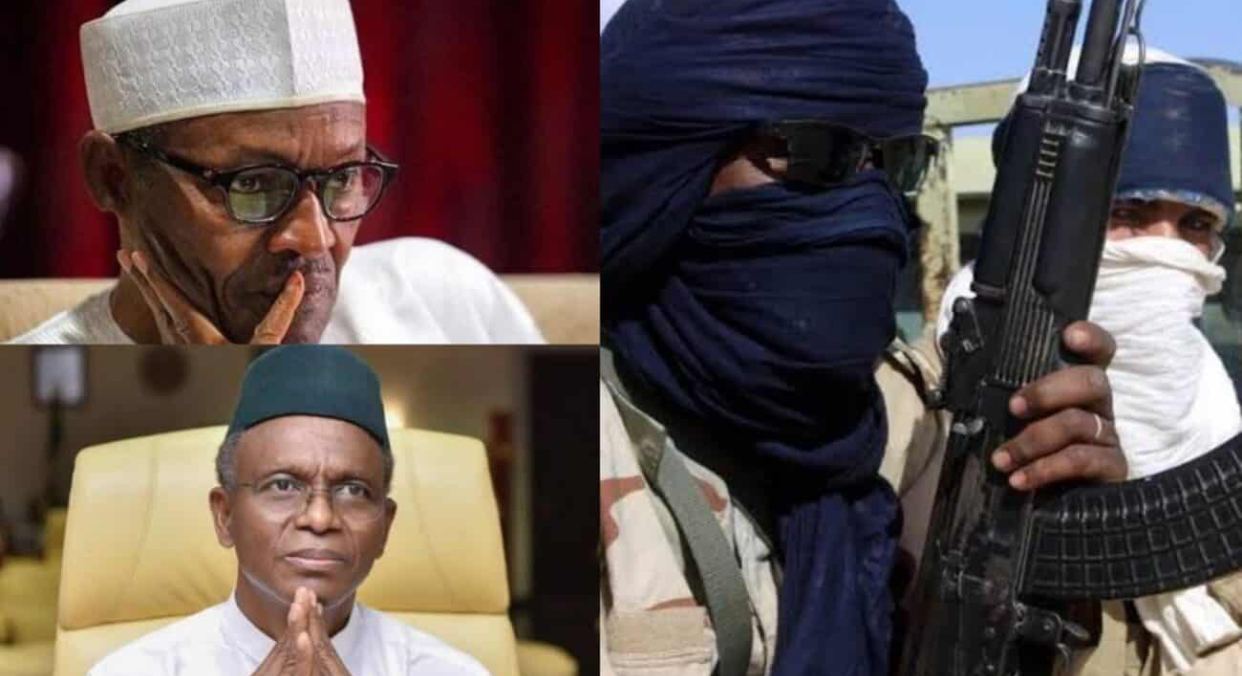 Terrorists who kidnapped over 60 passengers on the Abuja-Kaduna train on March 28 threatened to kidnap and kill Buhari and El-Rufai unless the government met their demands in a new video.

The terrorists also boasted about killing the remaining passengers, selling out those in their custody, and destroying the country.

It would be recalled that some passengers were released after reportedly paying N100 million each.

One of the terrorists said the daredevil gang would turn the area into an abattoir unless the government complied with their demands.

“This is our message to the government of Nigeria and just as you have seen these people here, by God’s grace, you will see your leaders; your senators and governors will come before us. These ones you are seeing here, we will keep some as our slaves and sell them off just as our Imam told you in the past,” he said.

He further stated in Hausa: “Just like the Chibok girls that were sold off, we will equally sell these ones as slaves. If you don’t adhere to our demands, we will kill the ones we need to kill and sell the remaining. By God’s grace, El-Rufai, Buhari, we will bring you here.”