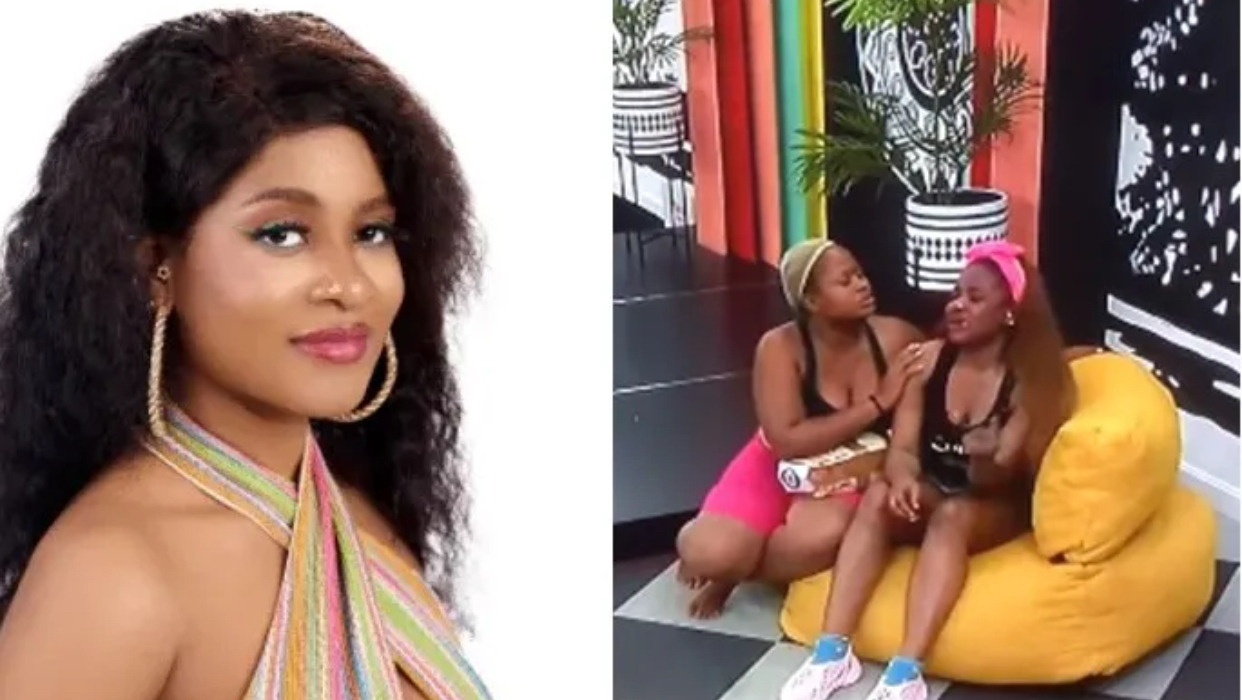 She and four other housemates, namely; Bryann, Khalid, Groovy and Ilebaye were all nominated by the Head of House for week three, Adekunle.

After being mentioned as the one of nominees who risk leaving the BBNaija house next Sunday, Phyna became overtly emotional.

The first class graduate down in tears because she was nominated for the second time in two weeks, and had just escaped eviction for the previous week.

Her friends, Amaka and Daniella, however consoled her and encouraged her to be strong, saying she would remain in the house.

phyna don’t cry joor. you are going no where #BBNajiaS7 #BBNaija pic.twitter.com/cLJdf7iaVJ

Omo phyna don cry her life today . But phyna stand strong because you nor go minus .#BBNaija pic.twitter.com/G2WDLETqId