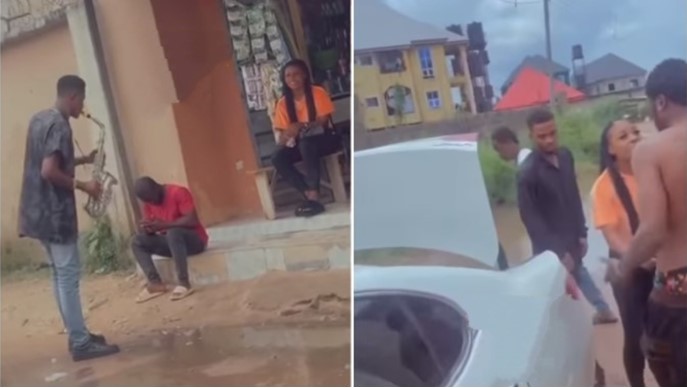 A young man has been left in shocked and heartbroken after discovering on his girlfriend’s birthday that she’s been cheating. 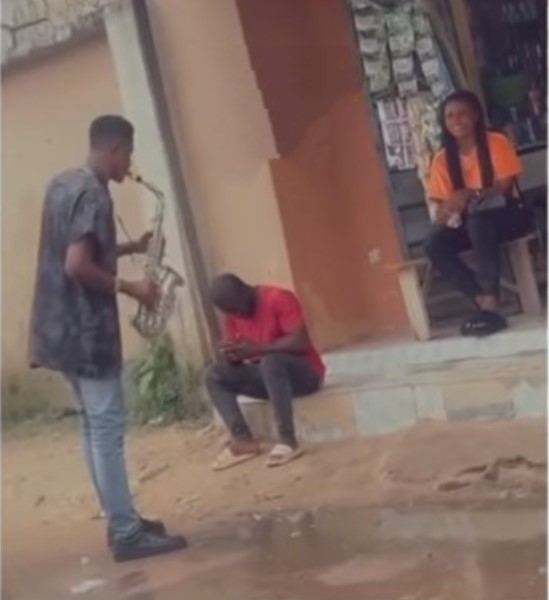 The man, identified as Chris, had apparently planned a romantic surprise for Jennifer, his sweetheart, as she turned a new age and paid her a visit, but was then taken by surprise.

When the young man arrived at her location, he discovered that her other man had beaten him to the surprise game.

According to reports, the event took place on Tuesday, August 16, in the vicinity of the Federal Polytechnic Nekede area in Owerri, Imo State.

A viral video captures the moment Chris and his buddies arrived with Chris’ birthday gift while the trumpeter sent by the other guy was serenading her.

According to information obtained, Senator, also known as Pastor, is the second man who organized the special package for her, and the two had been dating for more than three years.

According to a source; “Chris is my friend and we planned a birthday surprise package – ‘panran ran’ and other gifts – for his girlfriend of five months, Jennifer.

We got to her location only to see another birthday surprise from another man she calls Senator who is believed to be a pastor. We learned that Jennifer and this pastor have been dating for over three years.

Chris was devastated by the news and called the relationship quits ignoring her plea for forgiveness.”