Mother falls to the floor, pretends to be dead to see how her kids will react (Video) 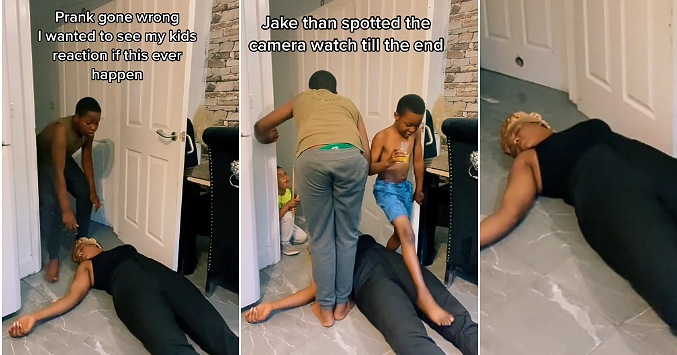 A viral Tiktok video has shown the hilarious moment a mother of three pretended to be dead, just to see how her children will react. 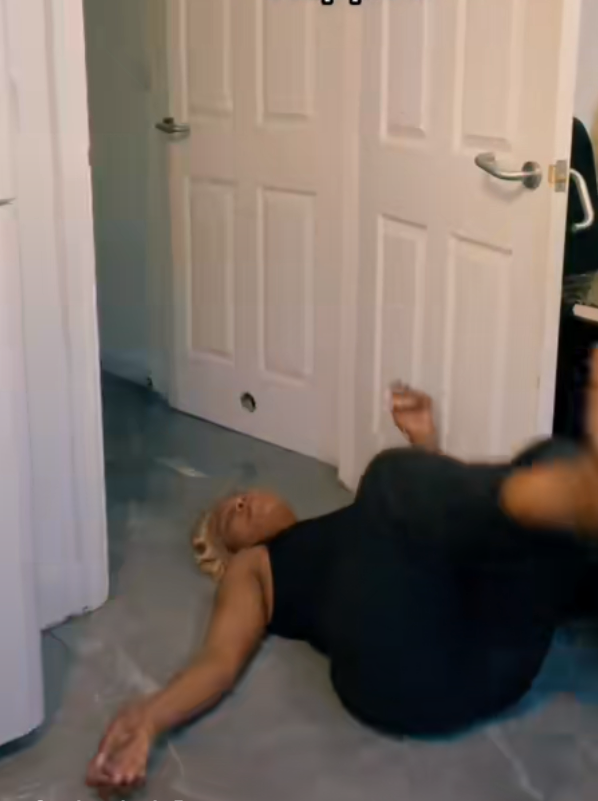 Her kids came in and tried to wake her up. The eldest of them went to get a cup of water and poured it on her in an attempt to revive her.

Kizz Daniel opens up about what happened to him after the…

However, the middle child identified as Jack spotted the camera and went in front of it to dance.

She captioned the video:
“prank gone wrong. I wanted to see my kids reaction if this ever happened. Jack spotted the camera. Watch till the end.”

Reacting to the video, @barwaaqo81palacegrove
wrote:
“This could be an educational. however I beleive maybe train the children 1st as to what to do should there b an emergency. get them cpr trained”

@ericdarko16 wrote:
“your second Born is so smart paa he saw the camera at first time, that’s why he continues enjoying 🤣”

@kathyskampal wrote:
“I thought the one will the stick will revive u🤣 I tried it then with my 5yrs old son he nearly bit off my eyeballs so I jumped off 🤣🤣🤣😅”