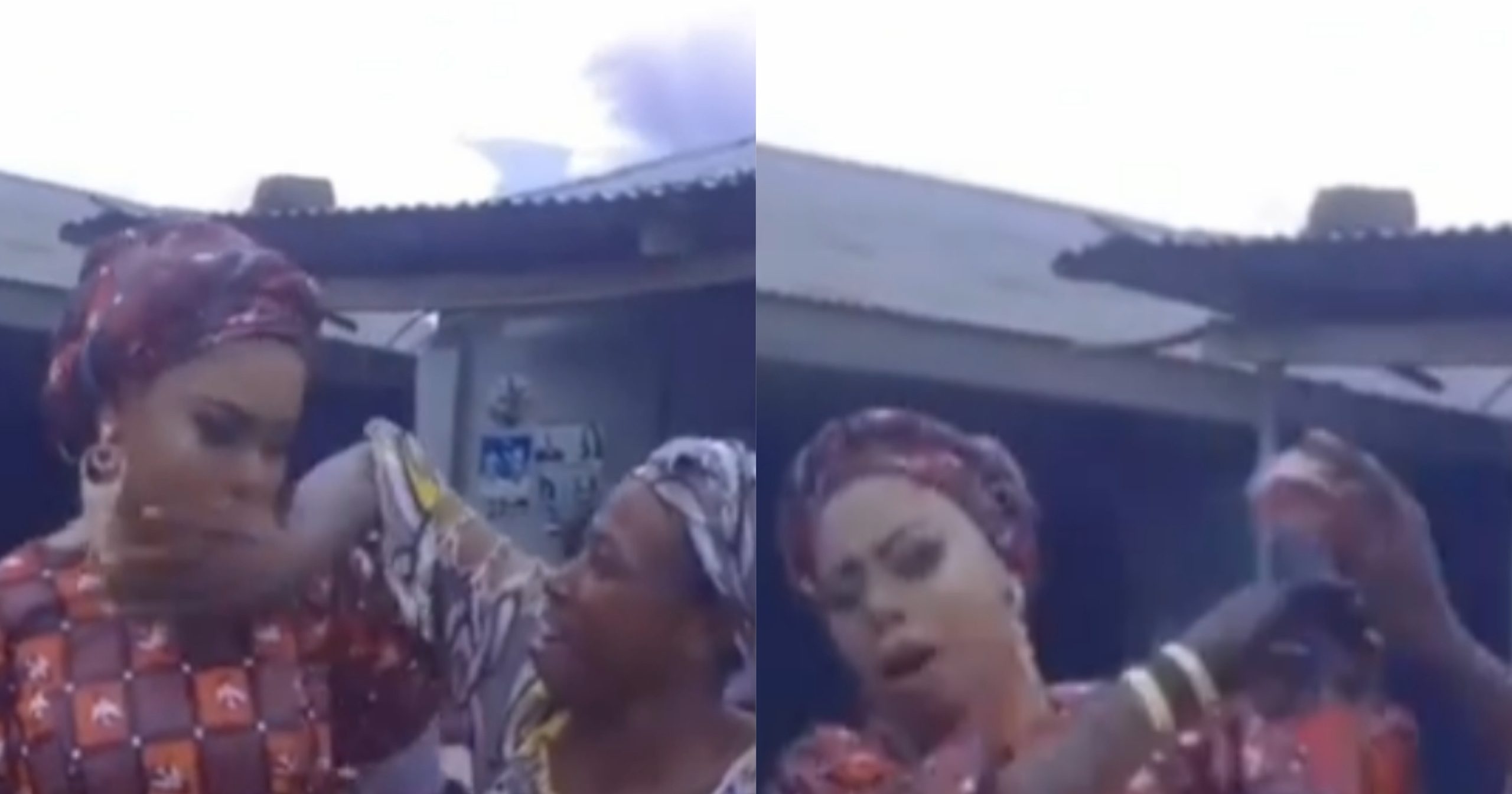 An angry bride recently vented out her anger at a wedding guest who placed money on her face during her traditional wedding.

The elderly woman was spotted in a viral video wiping the bride’s face with a naira note while she was dancing.

The bride was clearly displeased with this act so she tried to dodge and also fought the woman off.

This act seemed very suspicious and netizens wondered why a random woman would want to wipe a bride’s face with a currency note.

Some netizens also claimed that the act was diabolic and they rushed to the comment section to express their displeasure.

A few of the comments were:

Peperetti_herself: “That sprayer is not innocent. I hardly believe stuff like that but this one ehn! Naaaa!!!”

Beccaszn: “person wey you suppose slap normally cos why is she trying to wipe off the clay on your face 😂😂😂”

Mseroticaa: “Security will hold the woman o. She will confess what she just did and reverse it.”