Bandits arrest thief, hand him over to police in Katsina 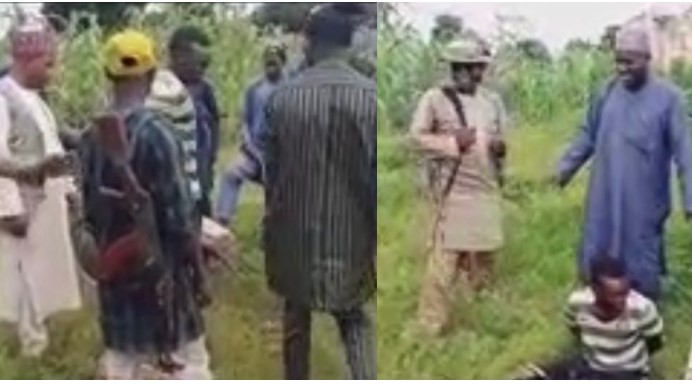 A suspected burglar was ‘arrested’ by bandits operating in Katsina State after being discovered in a neighborhood with stolen goods. 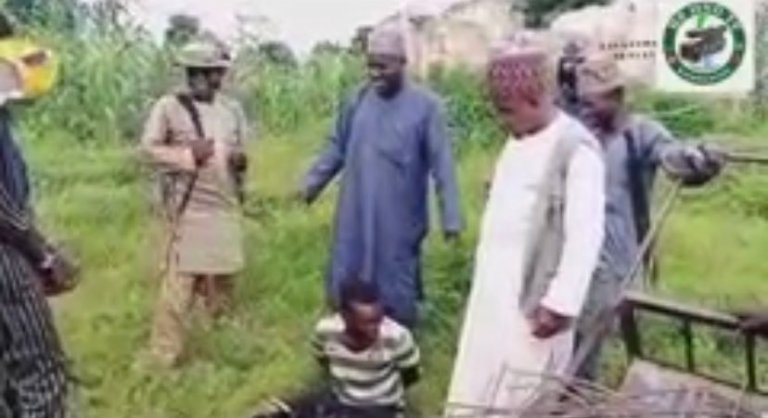 The middle-aged man reportedly specializes in removing iron bars and metal rods from unfinished and abandoned buildings in the state.

According to PR Nigeria, the bandits described how they apprehended the vandal while they were riding around on their motorcycles.

A video that the outlet was able to obtain showed the armed men parading the scavenger and the stolen goods that were contained in a cart. 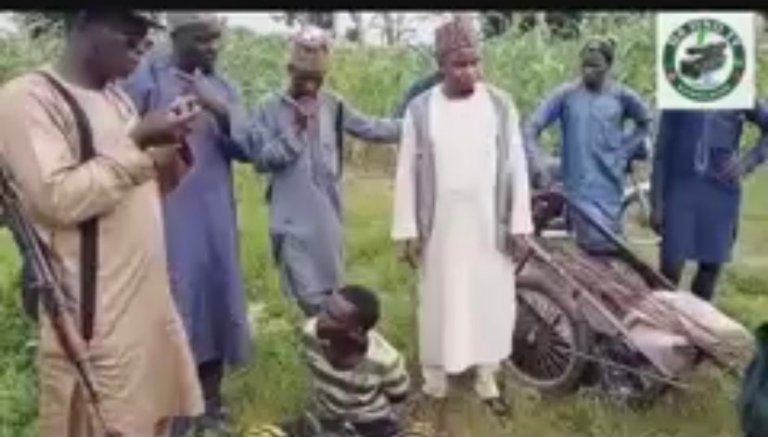 It also included a local leader who was asked to make sure the culprit was turned over to the police.

The group, holding different firearrmss also lectured the captured thief about the evils of stealing.

They spoke about how the state’s government properties are being destroyed by thieves.

“Don’t you know that it is an offence to steal? You’re lucky we are handing you over to the authority We could have executed you for engaging in a criminal activity”, they said.

The bandits gave the community leader the accused and pleaded with him to see to it that he got punished.

They did not simply give him to the authorities and leave; instead, they accompanied the village head and were present as he was taken away by security agents.