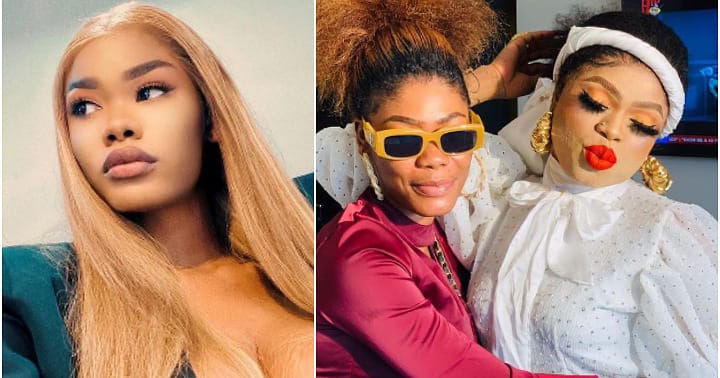 Popular Nigerian crossdresser, Bobrisky’s former P.A, Oye Kyme has revealed via her Instagram story that she misses being touched by her ex boss.

She also hailed the self acclaimed ‘mummy of Lagos’ while reminiscing on the times they spent together in bed.

“I miss him touching my bo0bs.”

On another photo that had the both of them in it, she put a caption that read:

“You are so good in bed, I don’t know why you are still doing like a girl 💔 your d!ck everything is still strong, anyways 👩‍🦯”

It is not clear why the crossdresser’s former P.A is suddenly making these posts after their infamous online disagreement has already died down.

There has been no reply from Bobrisky yet but some netizens advised Oye to be ready for Bobrisky to fire back.