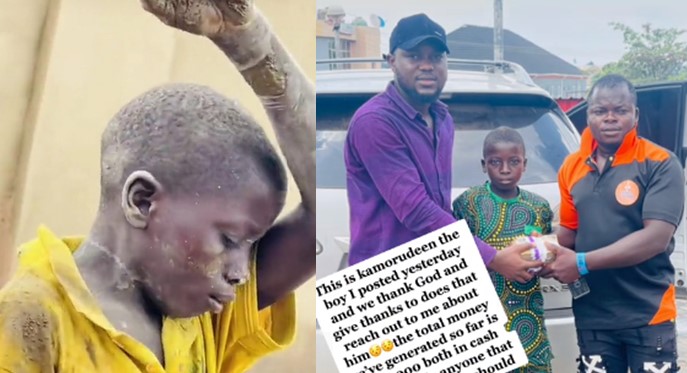 A well-meaning Nigerian guy going by the name Lukman Samsudeen described how a child who works as a bricklayer received a N300,000 donation from well-wishers. 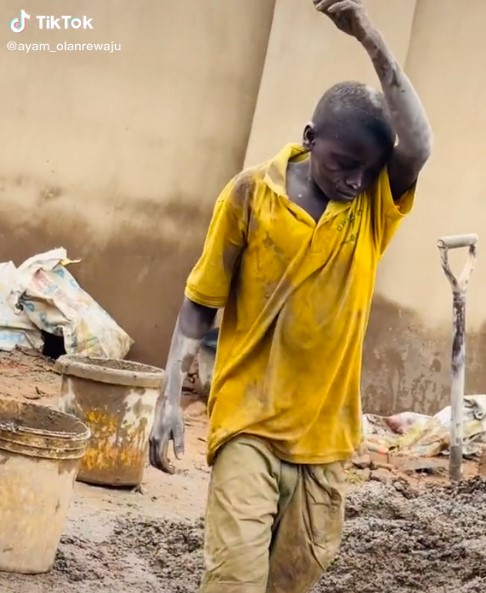 A video of a little boy forced to work hard labor in the countryside to support his mother was posted by the content creator.

Lukman was moved by the image of Kamorudeen crying while he was at work and struck up a conversation with him to find out why.

In order to earn some money, Kamorudeen works and then sends the money to his mother in their hometown.

He continued by saying that they only get to see each other once a year because of the hardships and tribulations.

Lukman posted the clip and wrote; “This boy here is name is Kamorudeen I make this video and took some pictures of him while crying on work. he said his dad is late and willing to go school, he said his doing this work to support his mum in home town and he only visit his mom once in a year which is December.

His mom too is working on farm and also do labour with bricklayer plz anyone who’s willing to help should contact me. His doing all the work stuff because of his mom but Allhamdullilah people are willing to help him while his trying to help his mom with his age ”

Following the boy’s story’s viral success, Nigerians who were affected by sympathy expressed a desire to help him, so they contacted the TikTok user. 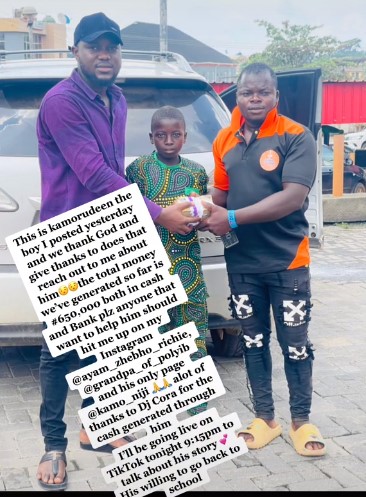 When all the contributions for the boy’s welfare were added up, they came to N650,000, both in cash and in his bank account.

Another video of the youngster receiving the money and being told he would receive more was released by Lukman.

“300k for a start thanks to everyone sending him funds, more still coming for you boyyy. Joy is truly coming,”