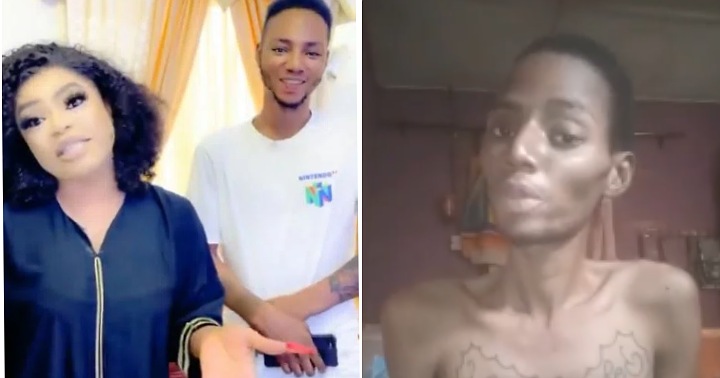 A die-hard fan of controversial crossdresser, Bobrisky, has lamented bitterly online months after drawing a tattoo of his fave.

In a heartbreaking video, the young man said he has been battling illnesses which he attributed to complications from the tattoo of Bobrisky he inked on his arm. 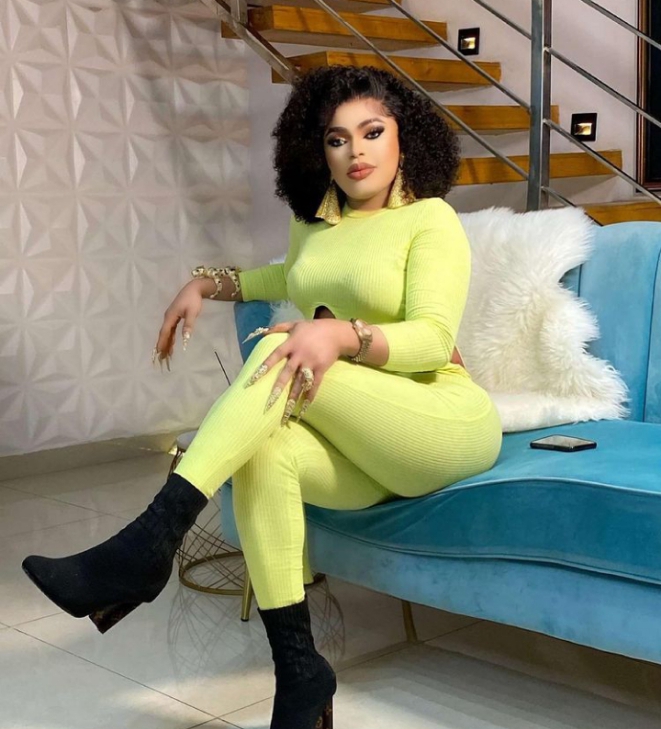 Recall, in March 2021, he went viral on several social media platforms after he tattooed Bobrisky’s face on his arm and also met physically with the crossdresser.

Months later, the fan now looks like a shadow of himself; a situation which he claims happened because of the tattoo. According to him, he got the disease from the machine used on his body.

In a video making rounds online, he also begged Nigerians to plead with Bobrisky for forgiveness over what he did.