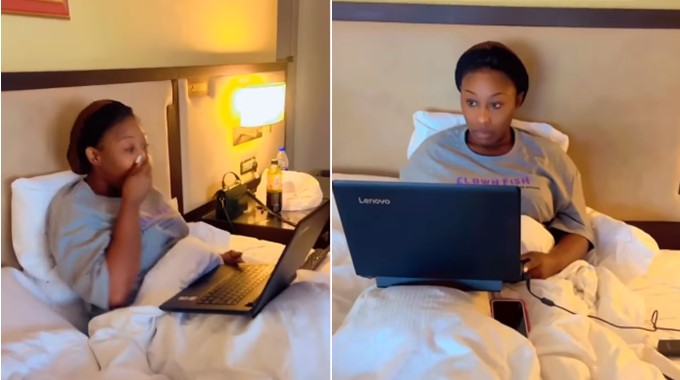 A Nigerian man has voiced his unhappiness over his newlywed wife’s decision to work while they were on honeymoon. 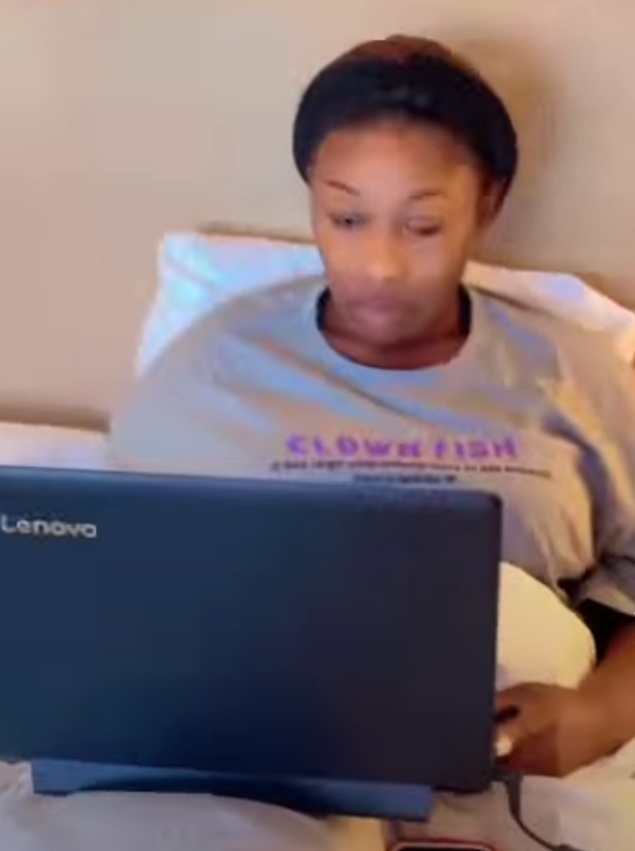 She was seen using her laptop while sitting on the bed in a video that her husband had taken.

He humorously questioned her about forgoing a special day where they were supposed to enjoy each other’s company as newlyweds.

The man bemoaned how their hotel room has been squandering ever since they checked in.

She clarified her position by saying that she is earning money for them, and then she enquired as to whether he enjoyed having money.

But he objected, saying that in that specific situation, honey (the moon) is preferable to money.

But he objected, saying that in that specific situation, honey (the moon) is preferable to money.

He claimed that he opted to record her so that he could send the footage to her mother, who would then be able to see what her daughter was doing to him.