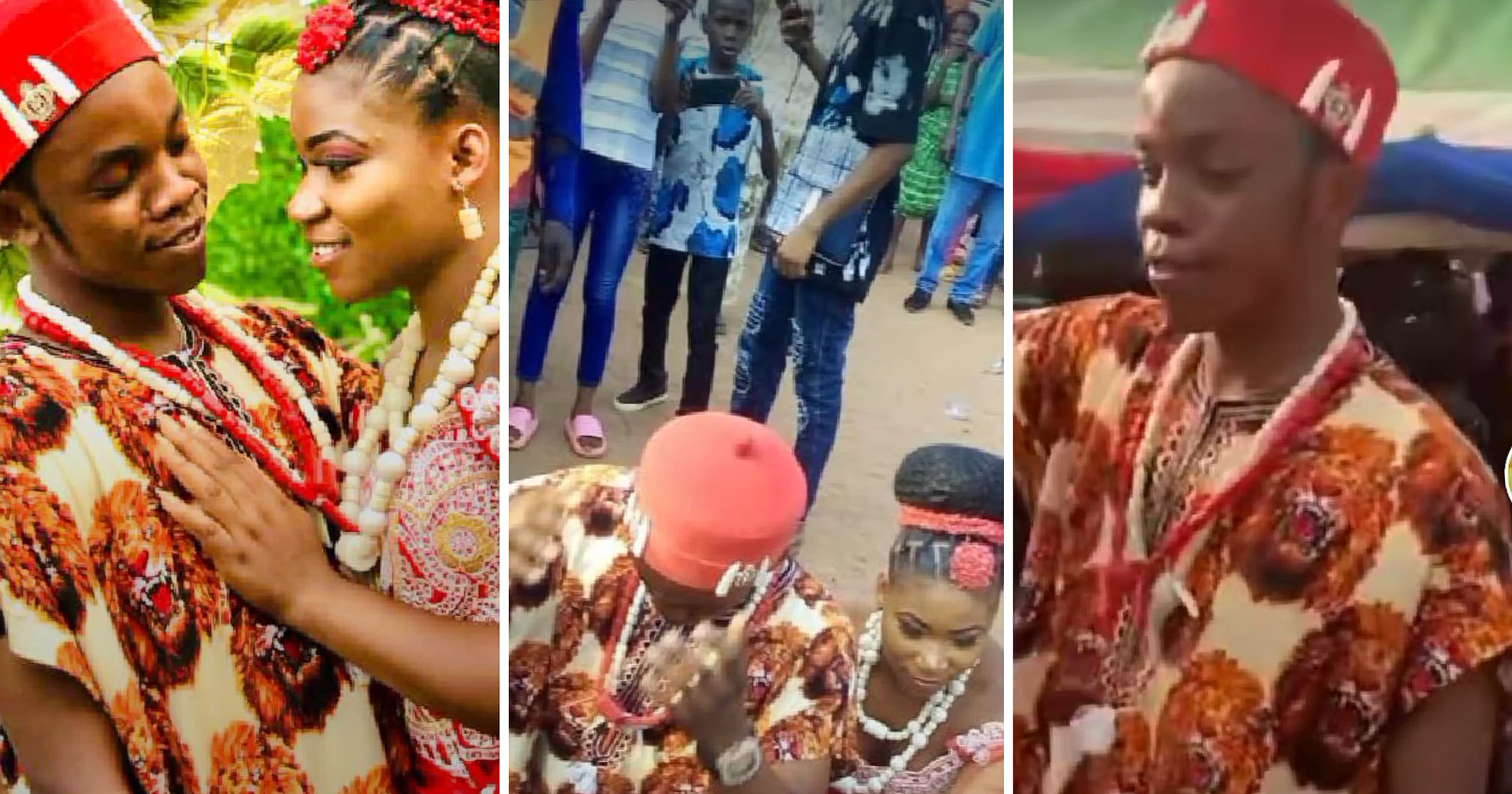 A young newly wedded couple have taken to social media to celebrate their new feat after getting married.

The  post caused mixed reactions as the man claimed to be 20-year-old while his bride is allegedly 17.

The couple believe they should be in the highly regarded Guinness book of records as the youngest couple ever.

The husband went on to boast of getting 1000 canon shots. He also predicted that people won’t believe their ages as they look older in videos.

“Many won’t believe my wife is 17 years old and that I am 20 years old. 1000 canon shots. We’re the youngest couples ever. We deserve to be in the Guinness book of record”, he wrote.

The video has stirred massive reactions online. Watch below.